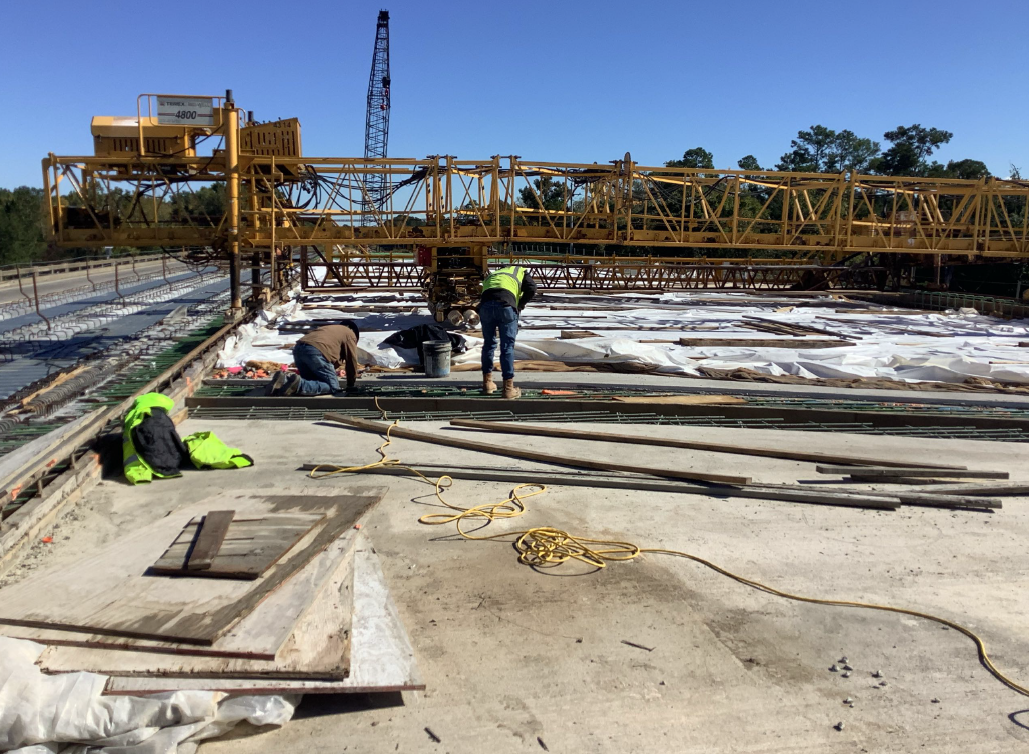 Closures on U.S. 701 will last a couple of minutes each occurrence

ELIZABETHTOWN – The U.S. 701 bridge over the Cape Fear River will briefly close intermittently for about two weeks, so crews can safely transport the girders for the new bridge.

The contractor for the N.C. Department of Transportation constructing the new bridge will use tractor-trailers to haul the concrete-reinforced girders from one side of the bridge to the other, where a crane will then set them onto the headers and piers. The new bridge will be placed alongside the existing one.

According to the contractor’s schedule, two girders will be hauled in the morning, and two in the afternoon on weekdays, starting Tuesday, October 11th.

Law enforcement will stop traffic in both directions for the two minutes needed for each crossing.

This process will last for about two weeks, when most of the remaining girders for the new bridge will have been hauled to the work site.

In May, the contractor scheduled one-hour closures twice a day to unload girders onto the existing bridge and set them into place.

Update – When asked for a schedule for the closures, Andrew Barksdale with NCDOT stated, “There are no set times on when these 2-minute closures will occur. They will happen sometime in the morning, and again after lunch – could be 2 or 3 times in the morning and a similar number in the afternoon. Each closure will last about 2 minutes. The girders are quite large, and it’s not possible to haul them from one side of the bridge to another without encroaching into more than one lane.”