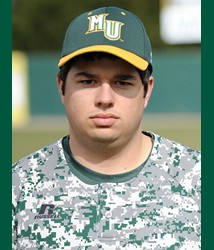 Inman struck out 4 and allowed only 3 hits and a walk as the Monarchs concluded their regular season with a 24-6 USA South Conference record and a 32-8 overall mark.

Methodist had clinched the USA South Conference championship and a NCAA Regional berth with a double-header sweep of LaGrangeSunday on Senior Day. Inman was one of eight Monarch seniors honored in pre-game ceremonies.

During their four years at Methodist, this senior class has posted a 100-67 record and won the USA South Tournament title in 2013.

The Monarchs are ranked No. 19 in the latest D3Baseball.com poll. Methodist will now wait for the pairings for the NCAA Division 3 Regionals to be released on May 11 at which time their opponent and Regional location will be announced.