House Democrats filed a bill on Monday to repeal North Carolina’s infamous House Bill 2. The legislation calls for the bill to be repealed in its entirety. Political pundits say there is little support for the repeal among Republican lawmakers.

House Bill 2 was written in response to a law adopted by the City of Charlotte that would have allowed transgender individuals to utilize restroom facilities based on the gender with which they most identify. The bill also said businesses cannot discriminate against customers because of their sexual orientation.

House Speaker Tim Moore told the Raleigh News and Observer on Monday that the bill will be assigned a committee and treated just as nay other bill would be during this session of the General Assembly. 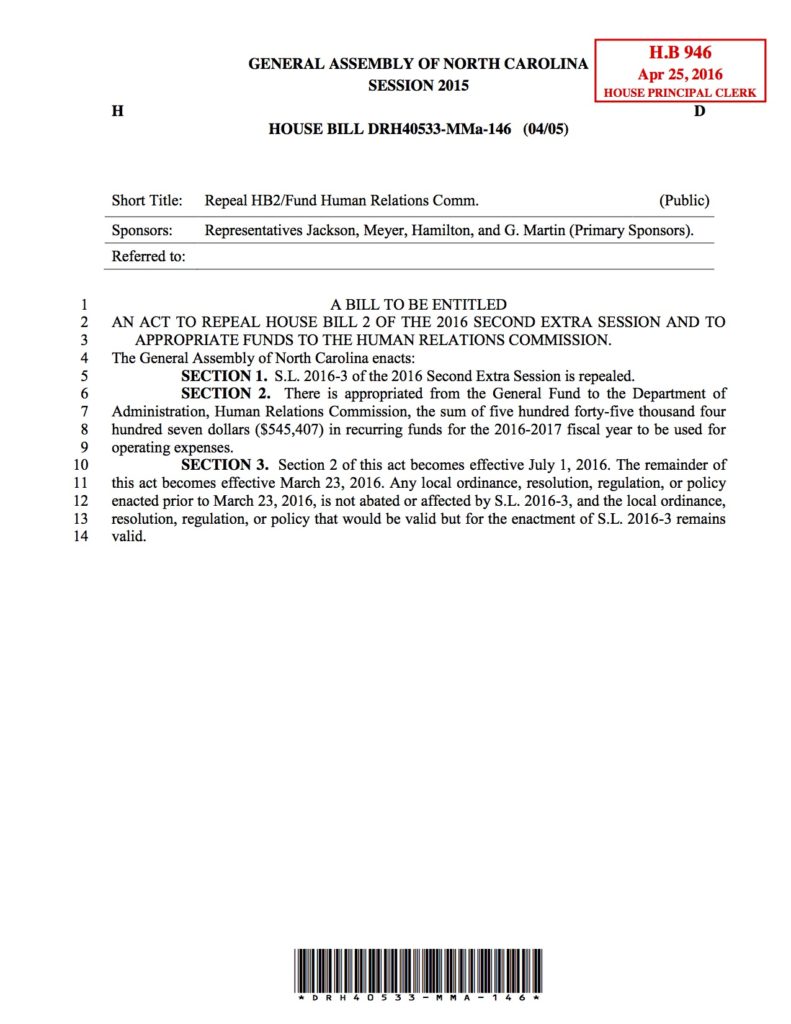