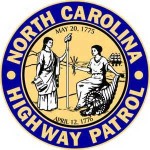 RALEIGH – As the Thanksgiving Holiday weekend concluded on Sunday, November 25, state troopers were out in full force monitoring the roadways in an attempt to ensure safe travel.

According to the American Automobile Association (AAA), Thanksgiving is one of the busiest holidays for travel across the country.  It was estimated that more than 54 million Americans would travel more than 50 miles away from home to be with family and friends.  In anticipation for the increased number of vehicles that traveled across North Carolina, troopers worked around the clock to monitor driver behavior.

Aligning with IACP’s Drive to Zero/Drive to Save Lives initiative, the NCSHP participated in the Thanksgiving I-40 Challenge, a joint operation among seven other states along the I-40 corridor. On Wednesday, November 21 and Sunday, November 25, troopers were placed every 20 miles along the major interstate to enforce traffic violations that often lead to severe collisions.

As a result of the campaign, SHP reported zero fatalities across the state with a total of 31 combined collisions.  While other major interstates and US highways were patrolled, the stats attached only reflect the I-40 Challenge effort statewide.