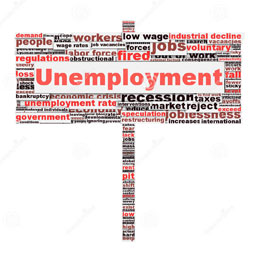 RALEIGH — The Division of Employment Security (DES) on Friday (Nov. 20) mailed
out 2016 tax rate notices to over 200,000 employers in North Carolina. This tax notice mailing will include information alerting employers of a combined unemployment insurance tax savings of more than $550 million in 2015-2016. The savings are the result of the state paying off a $2.8 billion debt to the federal government and a provision in state law that allows for the removal of a 20% state reserve tax when a $1 billion surplus is reached.

“North Carolina employers have shouldered the financial responsibility in repaying this $2.8 billion debt and $283 million interest to the federal government since 2011,” said DES Assistant Secretary Dale Folwell. “In the last year we have made tremendous progress and have reached a reserve balance of over $1 billion in the state unemployment trust fund. Building this fund to more than $1 billion saved employers millions of dollars more.”

On April 30, 2015, the NC Unemployment Trust Fund paid back to the U.S. Treasury the remaining balance on a $2.8 billion loan used to pay unemployment claims during the last economic recession. As a result North Carolina will no longer be classified as a “Credit Reduction State” by the IRS. This means employers will be entitled to take the full, 5.4% credit for all Federal Unemployment Tax Act (FUTA) payments made for 2015. It’s estimated that this will save North Carolina employers over $300M in FUTA taxes this year.

On September 5, 2015, Governor Pat McCrory signed into law a provision to N.C.G.S. 96-9.7 that allowed for the suspension of the 20% state reserve tax if the unemployment trust fund balance equaled or exceeded $1 billion as of March 1, 2016. On November 12, 2015, Governor Pat McCrory announced that the state had reached that $1 billion goal four months ahead of projections. This will bring certainty to North Carolina employers and save them over $250 million in State Unemployment Tax Act (SUTA) taxes in 2016.

“We care about the success of all business across North Carolina,” said N.C. Commerce Secretary John E. Skvarla III. “This tax relief is an important milestone that could lead to more jobs and business growth in our great state.”

Tags: Bladen County North Carolina Employers Set to Save More Than $550 Million in Taxes in 2015-2016 Unemployment