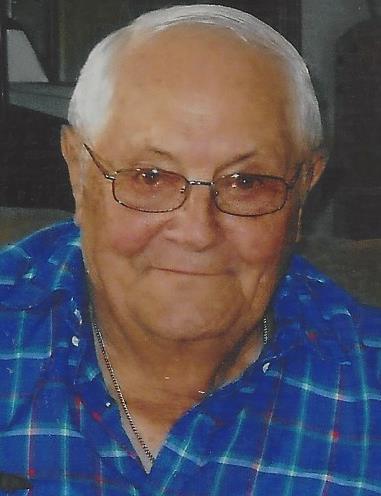 Everett Wayne “Scoop” Campbell Jr., 94, of Dunkirk, IN and White Lake, NC, passed away Friday, September 11th, 2020 peacefully while in the company of family members at I.U. Ball Memorial Hospital in Muncie, IN.

Everett was born in Anderson, IN, on October 31, 1925, the son of the late Jessie Helen (Bronnenberg) and Everett Wayne Campbell Sr. He was a 1943 graduate of Dunkirk High School, served in the U.S. Navy as a Pharmacist Mate 3rd Class in WWII, and was later transferred to the U.S. Marine Corp to continue his service.

Everett worked as a Mold Maker and Quality Control Mgr. at Kerr Glass in Dunkirk, IN, until his retirement in 1988.

Among the many outstanding things and achievements that Everett received throughout his life, he is most remembered as a kind hearted, hard working and devoted husband, father and grandfather who loved everything basketball. So much so, that he was inducted into the Delaware County Athletic Hall of Fame in 1988, received the IHSAA Certificate of Merit for officiating the IHSAA finals in 1962, 63, and 64 as well as the Center Circle Officials Award in 2008 from the Indiana Basketball Hall of
Fame.

Due to the ongoing concern for the health and safety of all family and friends funeral services will be held privately at the convenience of the family with the hope that others will continue to celebrate Scoop’s life, his legacy and family through thoughts, prayers and memories for years to come.

He will be honored for his service to our country by the Dunkirk American Legion and VFW Post when laid to rest at Gardens of Memory Cemetery in Muncie, IN.

In lieu of flowers the family requests donations be made to Trinity United Methodist Church or the East Bladen girls’ basketball program.

Arrangements have been entrusted to MJS Mortuaries.