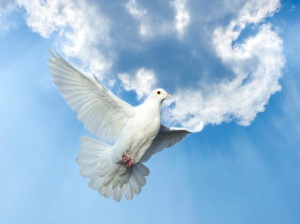 He later became Vice President, Chief Financial Officer of Philip Morris International. In this capacity Bob traveled worldwide and became deeply involved in the expansion of their operations in Switzerland, Holland, Australia, England, Mexico, Argentina, Venezuela, Peru, Finland, Nigeria, and more. While working in New York, he and Cecile resided in Allendale, Bergen County, NJ, where he served as Chairman of the Board of Deacons at Bergen Baptist Church, one of the early Southern Baptist Churches in the Metropolitan NY area.

U. S. Chamber of Commerce. Furthering education was of key importance to Bob, throughout his life. He and his wife Cecile helped numerous students with educational expenses, and they funded the Cecile Ward White Scholarship at Meredith College. He was extremely proud that all twenty of his grandchildren graduated from, or are currently completing, college. He retired from Philip Morris in 1986, and returned to North Carolina, where he enjoyed lake living at White Lake, NC. Later, he moved to Wilmington, NC where he was a Board Member of Plantation Village retirement community, a member of the Surf Club at Wrightsville Beach, and regularly enjoyed horticulture and raising his beloved Shelties, Cody(s) and Rio.

In his later years, Bob moved to Raleigh, NC to be near family and became a member of Bay Leaf Baptist Church. He enjoyed keeping abreast of world news, following financial markets, making numerous outings to ‘big box’ stores, and spending treasured time with Cecile.