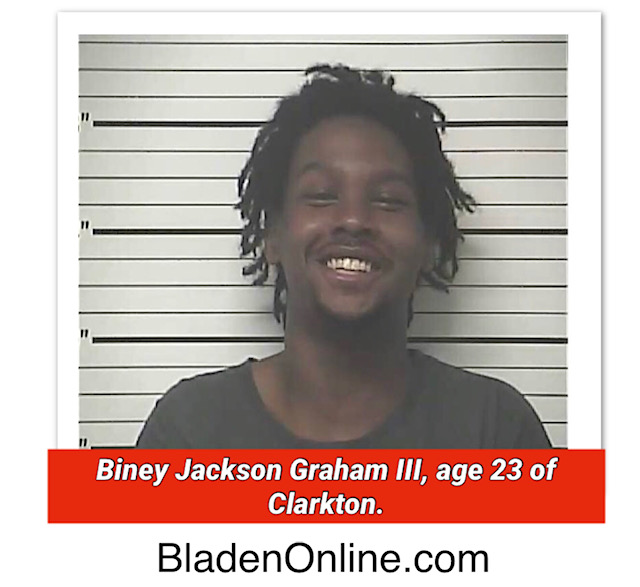 One Person Stabbed One assaulted Near Abbottsburg

On Friday morning, August 23, 2019, at approximately 6:00 am, a stabbing was reported
to the Bladen County Sheriff’s Office by a caller in the Abbottsburg area.

Bladen County Sheriff’s Deputies responded to the scene where they found a male,
black victim stabbed in the chest and a white, female assaulted.

Investigators determined that the assault occurred in the 1100 block of Old Abbottsburg Road near Bladenboro, according to the Sheriff’s report.

Bladen County Detectives arrested Biney Jackson Graham III, a 23 year old, black, male from the Clarkton area. Graham was charged with: Assault With a Deadly Weapon with Intent to Kill, Assault on a Female, 2nd Degree Kidnapping and Larceny of a Motor Vehicle by the Bladen County Sheriff’s Office.