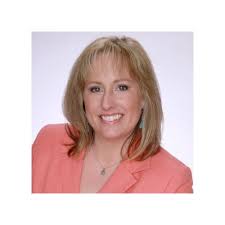 Last week there was a long awaited trial held in Bladen County Superior Court. The State of North Carolina versus MacKenzie Brisson was a unique case according to Judge Michael A. Stone who presided over the case.

Brisson was accused of becoming violent with his grandfather, shooting his mother’s house causing tens of thousands of dollars worth of damage, and endangering law enforcement during a six hour stand-off. Brisson who admitted to abusing prescription drugs, being violent with his grandfather and shooting his mother’s house up was portrayed as the victim in the trial.

This case was important to me. I was there in Dublin on November 21st, 2017 with law enforcement. I heard the gun shots ringing out. I saw the terror in some of our community members eyes. While I tried to ease my fears with prayers for all involved I reported on what was happening.

It was about a hour into the stand-off that we learned the shooter was related to some prominent people in the small town, he had been prescribed and overdosed on some medication the day before the incident, and was having issues with his mental health. This information changed the atmosphere of the situation.

The media was then restricted to an area in front of a nearby church and criticized for trying to cover the scene. Sheriff McVicker tried to ensure the community that things were under control and everyone’s safety was being taken into consideration. He was also criticized that day by the community and still criticized today on social media for the charges. It seemed from the very beginning the shooter’s rights were more respected than the law enforcement involved.

To say it was a stressful day is an understatement. Thinking about that dreadful day in 2017 as I sat in the courtroom last week, my pity for Brisson soon turned into disappointment in our system. I sat there and counted all the people in the courtroom. I thought, here are citizens, law enforcement officials and Brisson’s own family members forced to relive the events that happened for the sake of justice. However, justice has not prevailed in this case.

Brisson’s attorney tried to convince the jury that Brisson was the victim in the case and his client had been “overcharged”. However, Brisson admitted he had lost his license, his job and his girlfriend due to his own actions. He had continued to abuse drugs after his mom took him to get help for his diagnosed anxiety and depression.

Brisson continues to take prescription medication for his mental health to this day. He still lives in his mother’s home and has guns in his possession.

Knowing all this, the jury could not unanimously decide to convict Brisson on any of the charges against him. They ended the case in a mistrial to be heard again during case management in September.

Having said all this, here are reasons this case exemplifies changes needed to end mass shootings.

#1- Brisson admitted to being violent, abusing drugs and continuing to struggle with mental health issues. He should not be allowed to be in possession of firearms. Anyone with violent tendencies, mental health issues and who has abused their rights to bare arms, should have those rights revoked.

#2 – Brisson’s mother admitted, her son pushed his grandfather and used guns to cause thousands of dollars worth of damages to her home. However, she testified to defend her son, she has allowed him back in the home and has taken him to rehabilitation on more than one occasion. Supporting family is great, however, you can enable your family and cause more harm than good in certain situations.

#3 – His mother took his prescriptions so he could not hurt himself anymore, but did not take his firearms. She continues to allow Brisson to live in her home and possess firearms. Family members who are known enablers should not be allowed to contribute to the delinquency of a mental health patient by allowing firearms in their home.

#4 – Brisson’s shooting took place across the street from one of North Carolina’s House of Representatives’ home. We need laws protecting our communities against violent behavioral health patients having firearms. We need new laws with stiff sentencing to protect the innocent against behavioral health breakdowns. Representative William Brisson, who lives right across the street from where this shooting took place has yet to make a formal comment on the subject matter.

The jury struggled finding the charges MacKenzie received applying to his case. New laws need to be passed to fit the actions made that day to prevent further incidents such as this from happening again. Our law makers need to be held accountable, especially ones who have personal experience in the matter.

#5 – Doctors need to be held accountable when treating people with behavioral/mental health issues. Brisson’s doctor prescribed him a highly addictive drug that can cause depression. The doctor wrote the prescription  even though Brisson admitted to his doctor he was abusing medication and was depressed.

We need to hold professionals to a higher standard. Doctors need to be more educated on their treatment methods.

#6 – No one should be able to sell a gun to a mentally ill person. Maybe we could make laws prohibiting the sell of firearms to anyone without a criminal and behavioral health background check being performed first. One citizen should not be allowed to sell a firearm to another citizen without a clear criminal background and mental health screening.

The Brisson case could have a lot of influence for the betterment of our communities. It should be used as an example of how to treat gun owners with mental health issues once they violate the law. To let this case end in a mistrial would be a miscarriage of justice.

Mental health issues and drug abuse should not give a pardon to crimes committed. While loved ones of Brisson are quick to remind everyone, the road to recovery is not without flaws, the case should serve as a reminder. We need law changes and people need to be held accountable for their actions. No one is immune to health problems, but there is a time to draw a line in what we accept without punishment.

In closing, it would be good to see desperado Brisson provide community service. He could serve on boards and be seated on round table discussions offering his feedback. We need to work on how to prevent issues like this from happening again. The time is now.