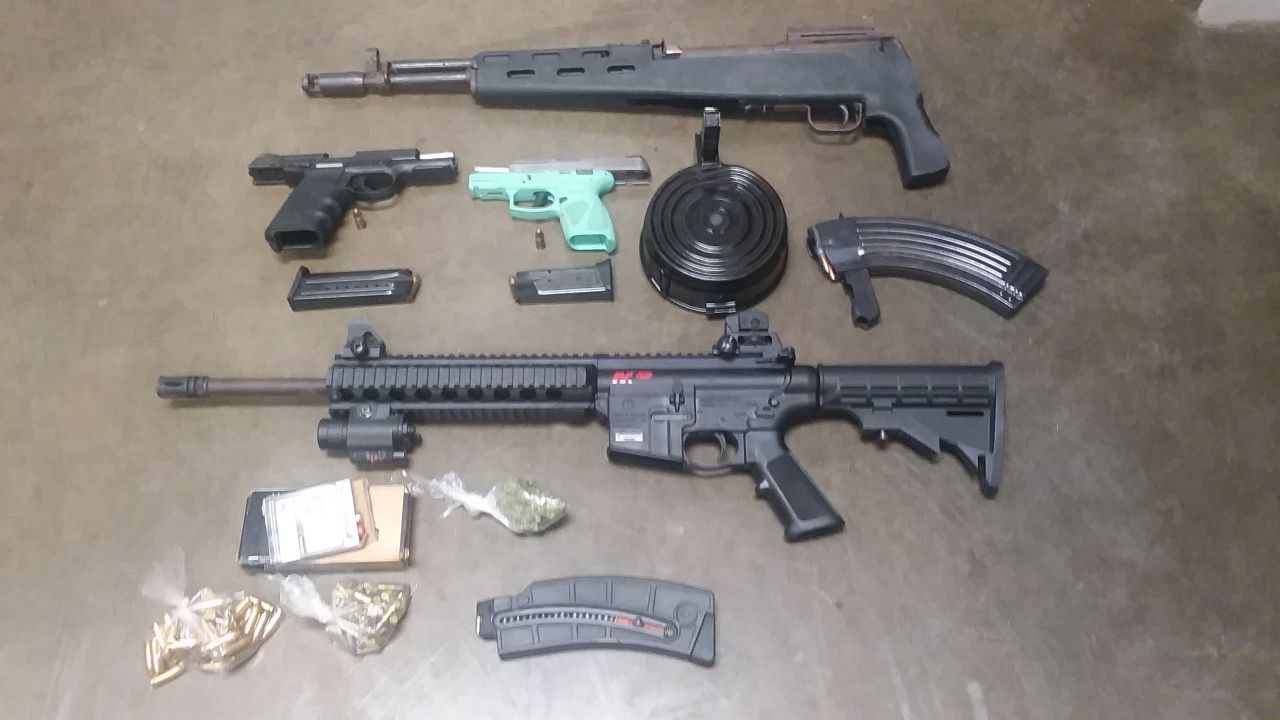 On Thursday afternoon, July 9, the Bladen County Sheriff’s Office and the United States Marshals Service arrested Joseph Wayne Hunt, 26 years of age, from Jacobs Loop Road, in the Buckhead area of Bladen County. Hunt had been wanted by the North Carolina Probation and Parole in Cumberland County for several months after violating his probation.

During the arrest and subsequent search of his residence, (4) weapons, including assault rifles and pistols were located along with 7.7 grams of marijuana.

Hunt was charged with Possession of a Firearm by Felon and Possession of Marijuana. Hunt was returned to Cumberland County by the US Marshals Service.

The Sheriff’s Office had received numerous complaints about drugs being
sold from the residents over the past several months.

If you have drug information or stolen property, please contact the Bladen County Sheriff’s Office at (910) 862-6960.