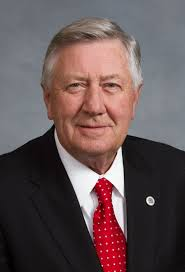 NC House Speaker Tom Moore has announced Representative William Brisson will be serving as a Chairman on the NC House Committee on Appropriations.

“It kind of surprised me when he called my name,” said Brisson, who is a Republican representing NC House District 22 which includes Bladen County.

Reps. Johnson, Lambeth, and Saine, were designated senior chairs of the House Committee on Appropriations.

Rep. David Lewis was appointed chair of the House Committee on Rules, Calendar, and Operations of the House.

“I have great confidence in these committee leaders to continue our state’s success by making smart decisions for North Carolina that keep the people on a path to lasting prosperity,” Moore said.

Other committee announcements will be made when the legislature resumes on January 30th, 2019.