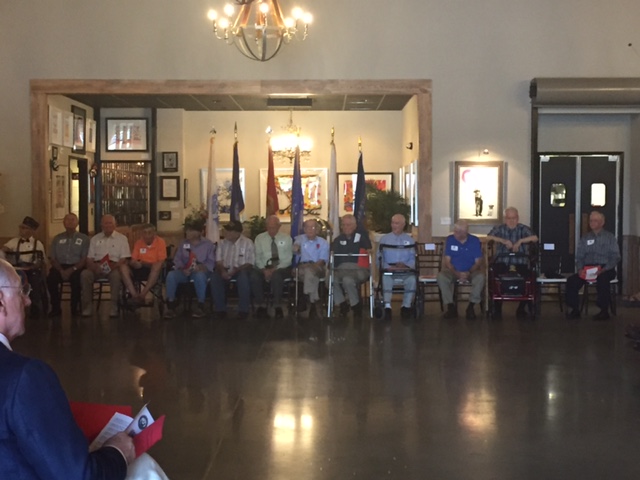 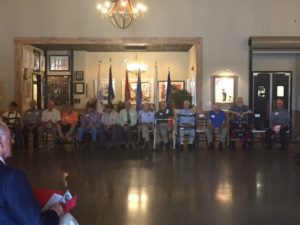 The Elizabethtown and Bladenboro Rotary Clubs honored Bladen County veterans of World War II in a special ceremony on Wednesday at Cape Fear Vineyard and Winery.  In all, fifteen (15) veterans were honored but two were unable to attend the ceremony.

“By their honor, courage and commitment they defeated evil in the world and did not allow the evil axis to enter the shores of our homeland,” said Rotarian Darrell Page as he paid tribute to the veterans.