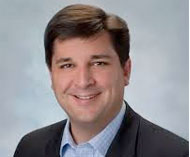 “Last Friday we were horrified to watch the terrorist attacks unfold in Paris. To see innocent lives taken by a group of radical Islamic terrorists was sickening and our prayers go out to all those impacted by this unspeakable tragedy.

“In the days since, we have been deeply troubled to learn one of the terrorists who committed this atrocity may have come to Europe posing as a Syrian refugee. With the massive influx of Syrian refugees to Europe, this was always a threat and, regrettably, now it’s been realized.

“Given this development we have serious concerns about the ongoing resettlement of Syrian refugees to the communities we represent across North Carolina. As a delegation, we join with Governor McCrory in calling for the Obama Administration to immediately cease sending Syrian refugees to our state. We believe this is a common sense step and applaud Governor McCrory for his leadership on the issue.

“The Paris attacks highlighted that ISIL is not contained and still poses a grave threat to Western Democracies. Blocking the flow of Syrian refugees until we can better understand and address security risks they may pose is a necessary step to protect our state and homeland.”