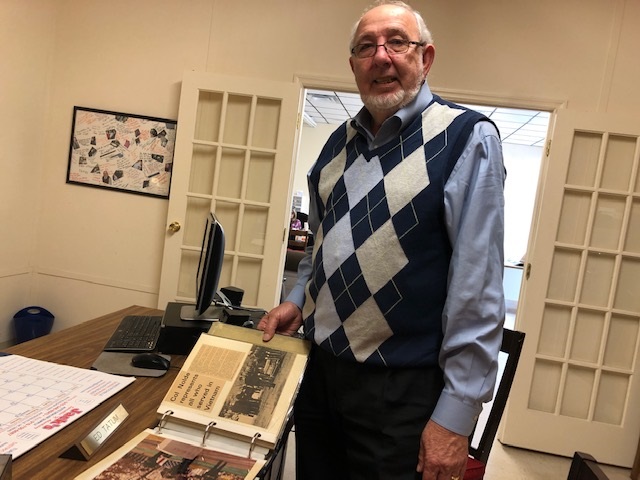 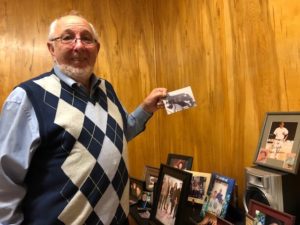 November is the month of Veteran’s Day and Thanksgiving. We here at BladenOnline.com are grateful for those men and women who serve our country honorably. We have decided to start a video series titled, “A Veteran’s Service” to feature local military service people.

This month we sat down with Bladen County resident, Ed Tatum. Mr. Tatum is not only an Army Veteran, but a loyal husband, loving father, smart business owner, a talented member of the popular Wilmington Celebration Choir, a great friend to the popular artist, Karen Peck and many others. The list of descriptive words for Mr. Tatum’s abilities and talents could go on, but we wanted to learn more about his time in the service.

Tatum was drafted into the Army during the 1970’s. He served in the Old Guard and guarded the Tomb of the Unkowns. He noted with pride his service assisting in the funeral of Col. William Nolde, the last casualty in the Vietnam War. Tatum also served during induction ceremonies. 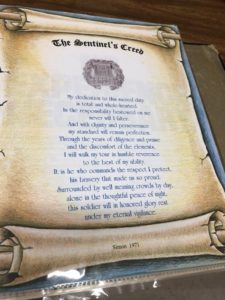 One memory Tatum remembers fondly is the induction ceremony of General Hayes, where Bob Hope was in attendance. Tatum was featured in the movie produced by Ethan Morris, “The Unknowns” explaining the importance of the mission. The Unknown Tombs are in honor of those in the military that not only sacrificed their lives but their identities for their country during the wars of World War I, World War II, the Korean War, and the Vietnam War.

Tatum is currently working with a committee of Veterans to honor the World War II Unknown Solider on November 11, 2021. After our interview, Tatum received a call from a producer to be featured in another movie about his service.

To learn more about Tatum and his service watch this video on our YouTube Channel.