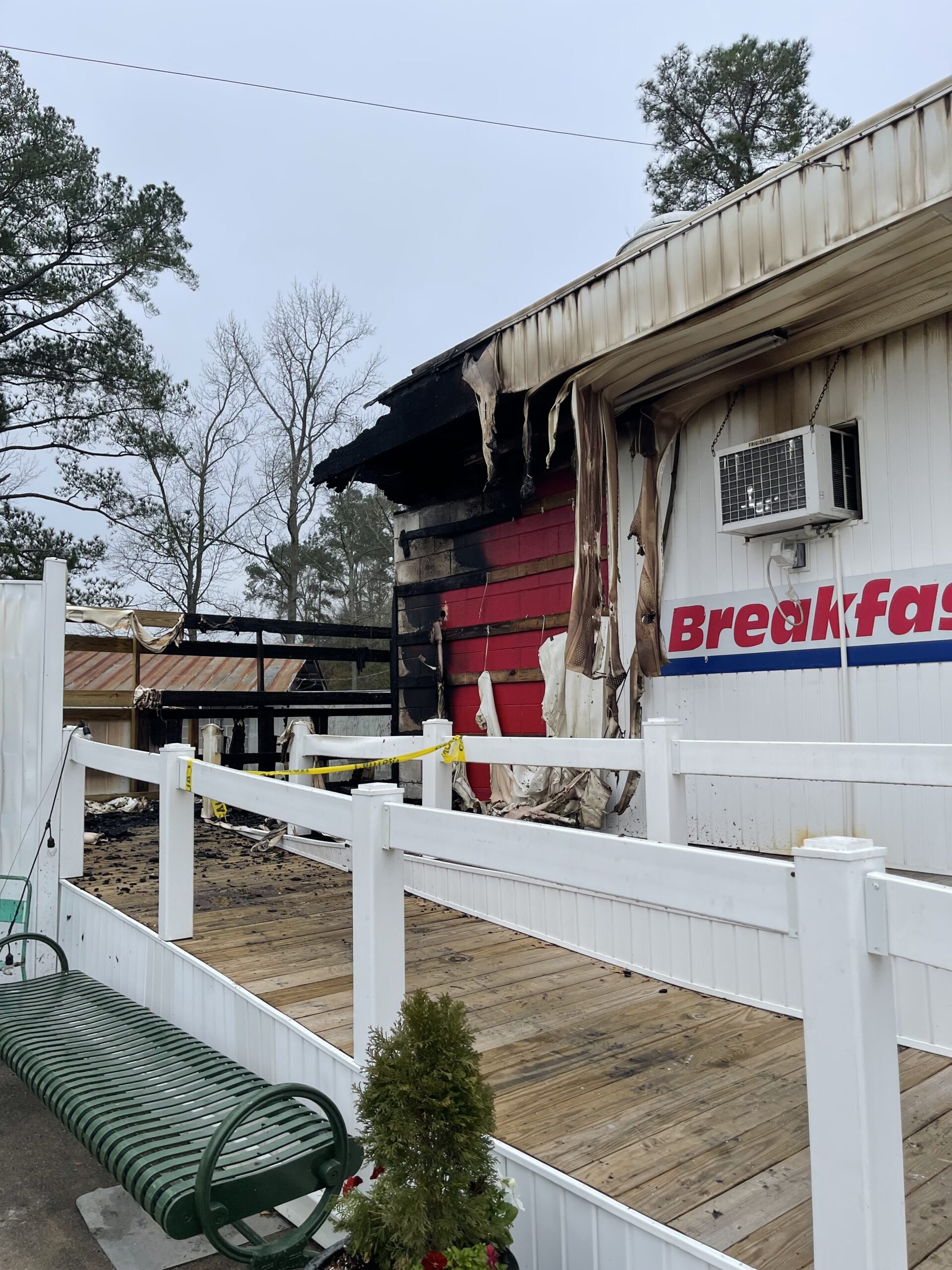 Joseph Grham, a Town of White Lake Police Officer, was on patrol at 2:20 am on Thursday, February 24, 2022. He made the call about a fire at Ski Burger in White Lake’s town limits, and emergency personnel responded right away. 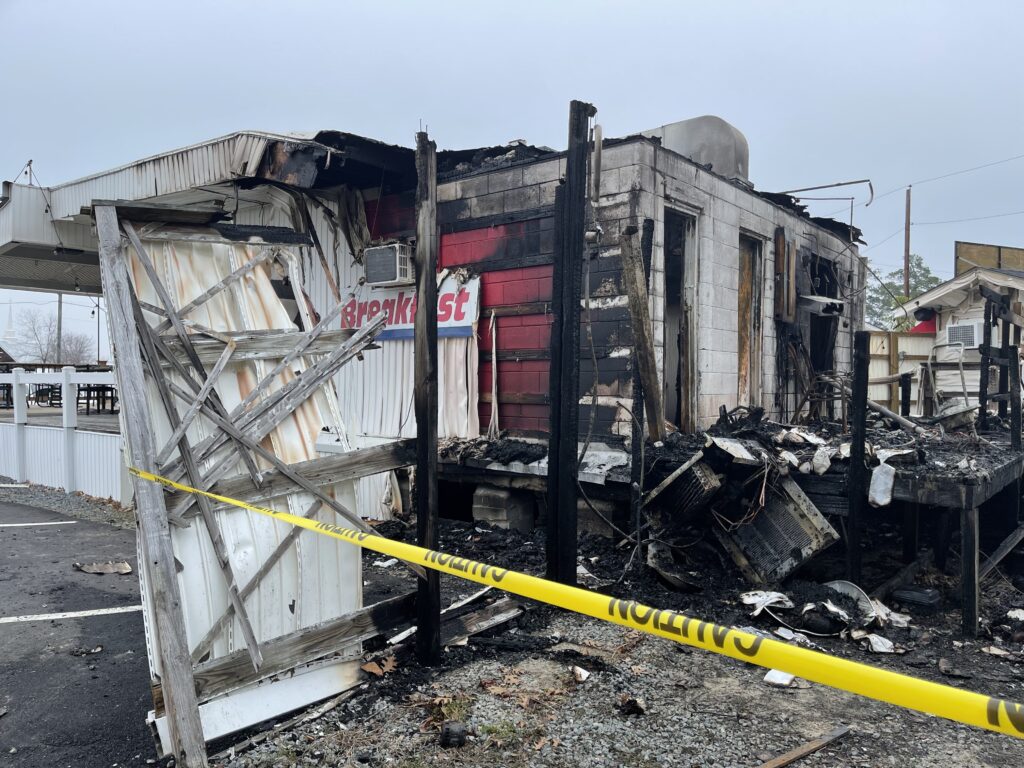 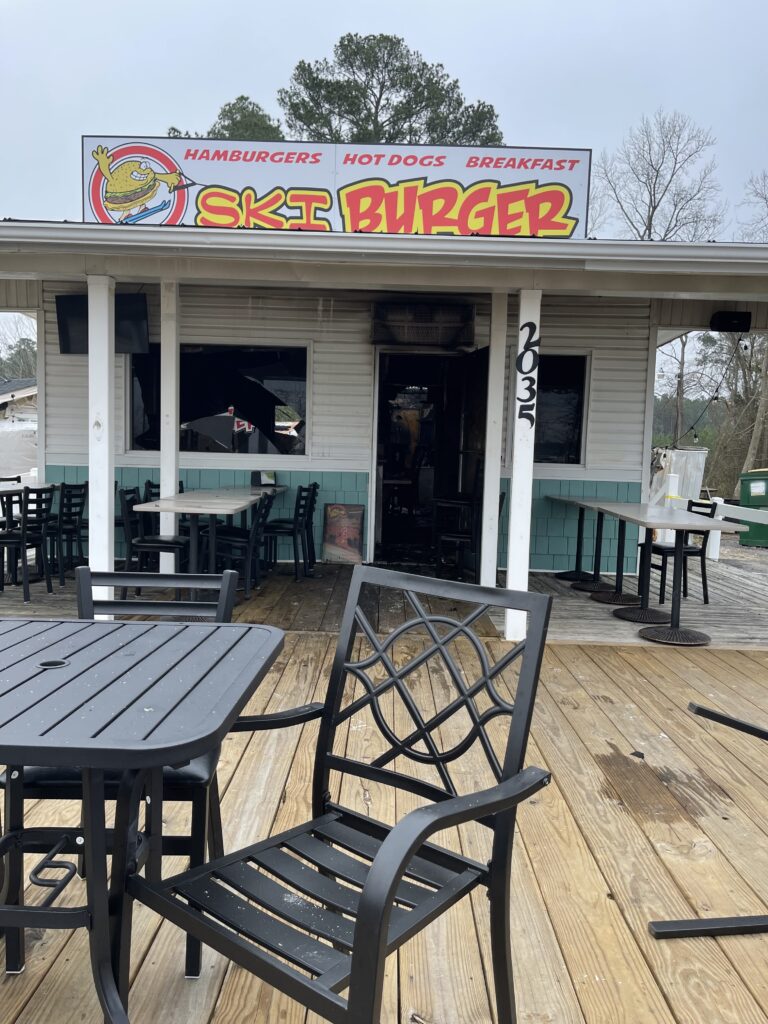 Owners of the restaurant, Tim and Tammy Blount were shocked by the call they received in the early morning hours on Thursday about the fire, but they vowed to rebuild the beloved restaurant and make it better than ever before. In September of 2021, the Elizabethtown-White Lake Area Chamber of Commerce announced a ribbon-cutting celebration for the newly renovated and re-opened favorite at White Lake owned by Tim and Tammy Blount.

The facility was paid for, according to Tim Blount, and fully insured.

The cause of the fire is still “under investigation” and “undetermined” at this time, according to White Lake Fire Chief Dale Brennan. 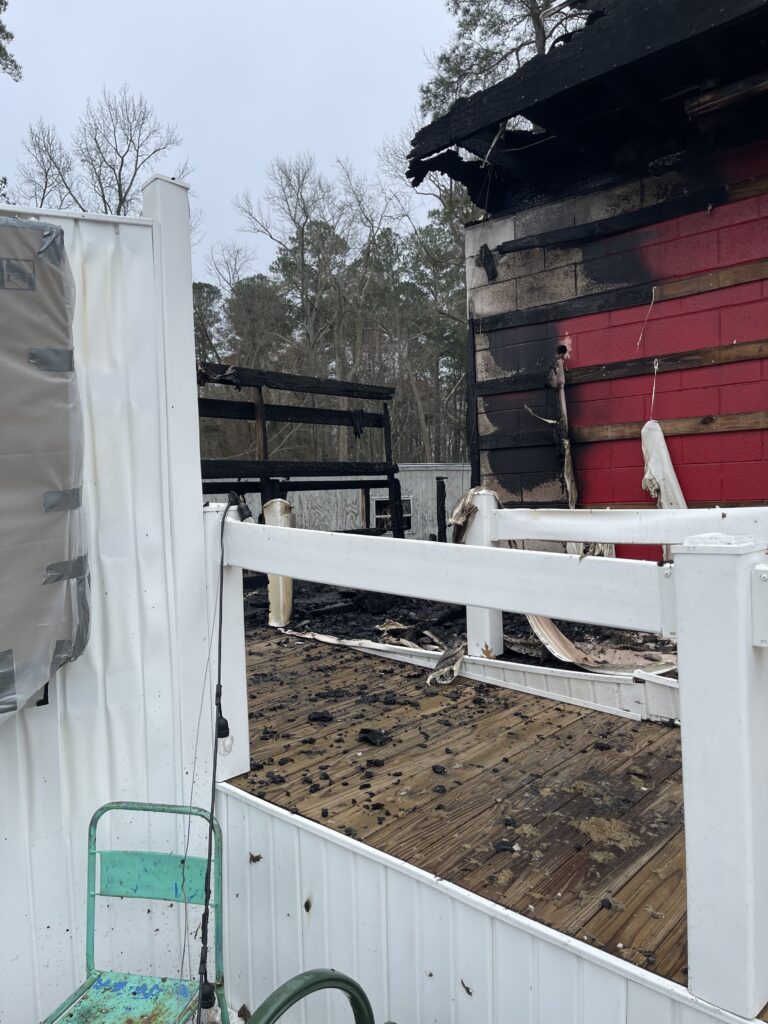 The damage is a “total loss.” The facility was burnt entirely inside. According to officials, the front part of the building is still intact but not much else.

Fire Chief Brennan said, “Thank you to all the volunteers who came out at 2:20 in the morning. There wouldn’t be fire departments without the volunteers.”

Ski Burger posted on their social media account, “Thank you to all the first responders who helped us out this morning. Just before 3AM an officer with the White Lake police department noticed fire at the back of our building and called it in, Thank you White Lake, Baytree, Elizabethtown and Ammon fire departments for your assistance! Thank you to our community and customers who have reached out to us this morning with your kind words. This is a unfortunate setback but we will be back better than ever! Thank you from all of our staff.” 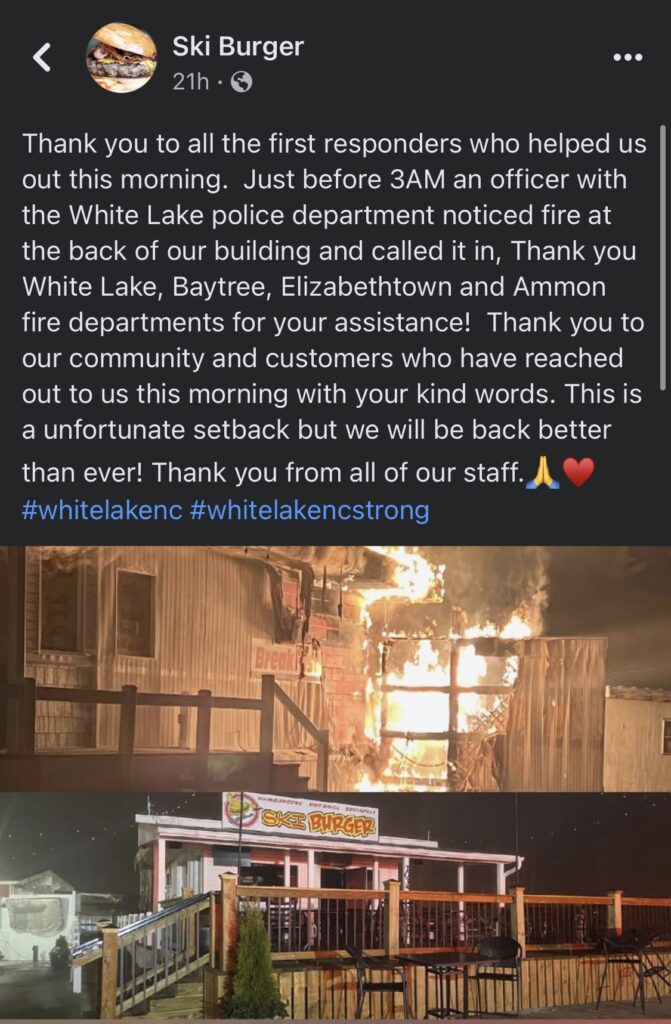 Tags: Ski Burger Restaurant at White Lake is a Total Loss Due to Fire