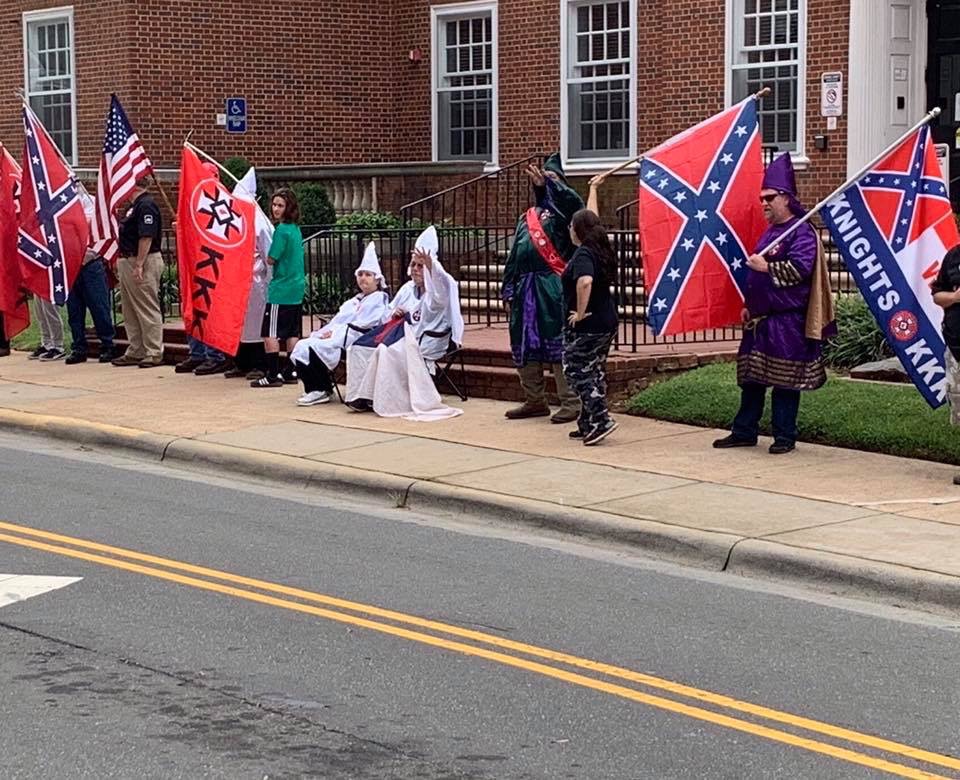 Jeff Jackson, Democratic State Senator for North Carolina’s 37th District and a Captain in the Army National Guard made a social media post this past Saturday about the KKK holding a rally in Hillsborough, NC.

In his post with the photos featured in this article, Sen. Jackson states, “A person’s views on issues of racial justice tend to come down to whether they think racism is still a major and pervasive force in our society.” He continues, “‪Well, tonight there was a KKK rally in Hillsborough, NC. ‬‪Take a good look. Our darkest chapters are still unfinished. ‬”

Sen. Jackson’s post after the photos stated, “Acknowledging the persistence of racism is simply being honest about the consequences of our history.

This force was a deep part of our economic and social structure since before we were formally a nation.

Today we see it explicitly (KKK) and implicitly (voter suppression).

Take gerrymandering. In the south it operates simply as modern day Jim Crow.

Legislators ring-fence all the African American communities in order to minimize their political influence.

Talking about these issues and caring enough to change them doesn’t require any complex set of political beliefs or fancy phrasing.

It’s enough to just be an honest and decent person.

If you start there, you’re going to end up on the right side of history.”

Senator Jackson is the youngest Democratic senator in the NC General Assembly – fighting for jobs, public education and good government, according to his website.

KKK recruitment fliers turn up in county over weekend