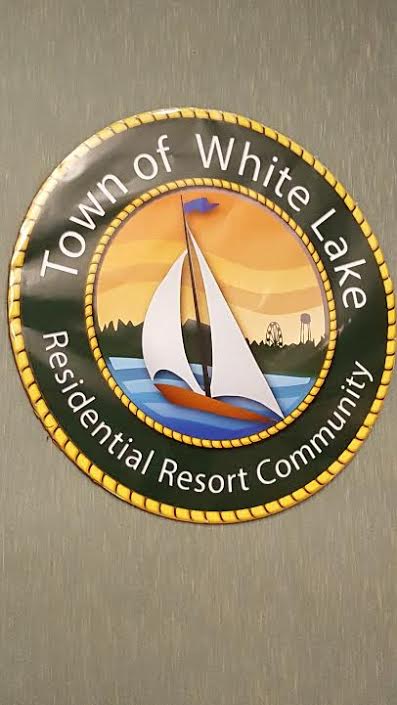 State officials are continuing to investigate a fish kill that occurred over the weekend at White Lake. Bridget Munger, the Public information Officer for the North Carolina Department of Environmental Quality, said on Wednesday afternoon the state still has not received any test results from samples collected at White Lake and a cause of the fish kill which occurred during the weekend still has not been determined.

According to White Lake Mayor Goldston Womble, on Wednesday State officials were still reviewing water test results which were performed by the town.

The Town of White Lake had contracted with HAB Aquatics of Nebraska to perform alum treatments of the lake at a cost of $525,000. The lake was undergoing the alum treatments in an effort to reduce algae blooms and to reduce the phosphorus content in the water. While the investigation into the fish kill is continuing, all alum treatments have been stopped by the State.

A letter sent to the town by the Department of Environmental Quality dated May 8, 2018, states the town is to cease all alum treatments. You can read the letter in its entirety below.

The letter also indicates the fish kill, which was reported to DEQ on Friday by citizens the lake, has reached numbers “greater than a thousand” and includes all sizes and species of fish. During the Elizabethtown-White Lake Area Chamber of Commerce lunch meeting on Tuesday, officials from the town addressed the group regarding the alum treatments and the progress being made at the lake.

John Holz, who is one of the owners of HAB Aquatics, told the Chamber lunch group that Town of White Lake staff were receiving reports of dead fish as early as April 30th.

According to a letter from the Town of White Lake, “the algae blooms are essentially controlling the entire lake system. The ph levels have continued to rise, and last week reached levels of 9 and above for sustained periods.”

Officials from the State were at the lake on Monday and collected both water samples and dead fish and transported them back to a lab in Raleigh for further analysis and study.

Munger said a necropsy, which is similar in scope to an autopsy, will be performed on the fish to try to determine their exact cause of death. When asked on Thursday afternoon when White Lake could be allowed resume the alum treatments, Munger said, “That will depend on the results of the State’s investigation.”

“As soon as we get the results back, we’ll determine what the next steps are,” said Munger. 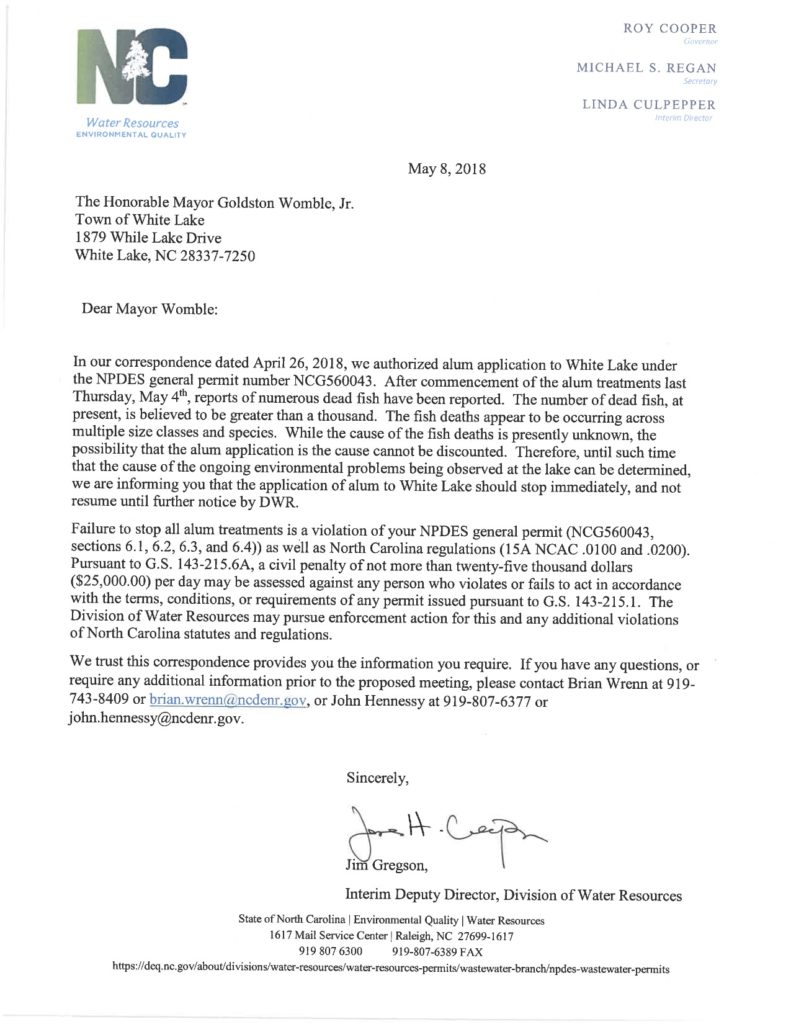