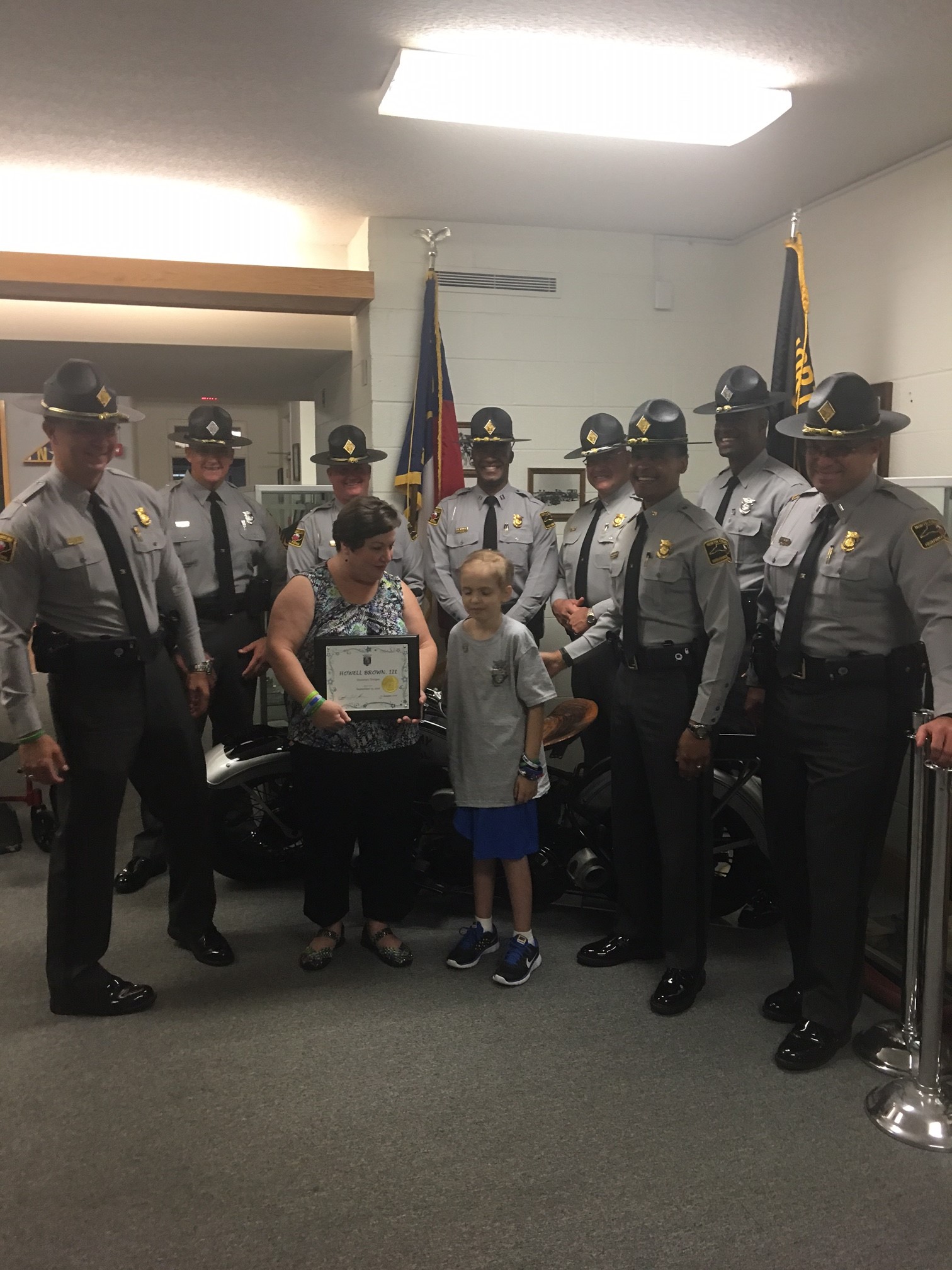 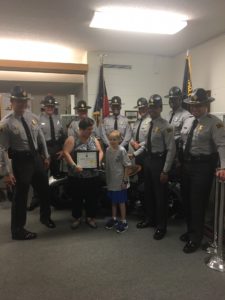 RALEIGH – Troopers statewide are in mourning, after learning Honorary Trooper Howell Brown, III. passed away Friday, after a long and courageous battle with cancer.  Howell, often referred to by members of the Patrol as HB3, was always known for his contagious smile and uplifting spirit.

Inducted as an NCSHP Honorary Trooper, Howell immediately became a member of the Patrol family, often spending time with troopers on and off duty.  He served as an inspiration to many, never allowing his medical condition to deter his positive outlook.  Never wavering from opportunity, Howell accompanied Troopers to several events, including the NC State Fair and an entire 18-hole game of golf.

Along with his mother Susan Brown, he attended the swearing-in ceremony of Col. Glenn McNeill Jr., where they were provided a front row seat.  During the ceremony, Howell was given a standing ovation by everyone in attendance, honoring his exemplary character.

“Howell provided an example for each of us to live by”, said Col. Glenn McNeill Jr., commander of the State Highway Patrol.  “Although he is no longer with us, we will never forget the positive influence he provided for so many.”

A funeral service has been scheduled to take place at Duke Chapel in Durham on Wednesday, August 30 followed by a private burial.  The State Highway Patrol’s Honor Guard will provide full honors during the service, along with remarks provided by Col. Glenn McNeill Jr.