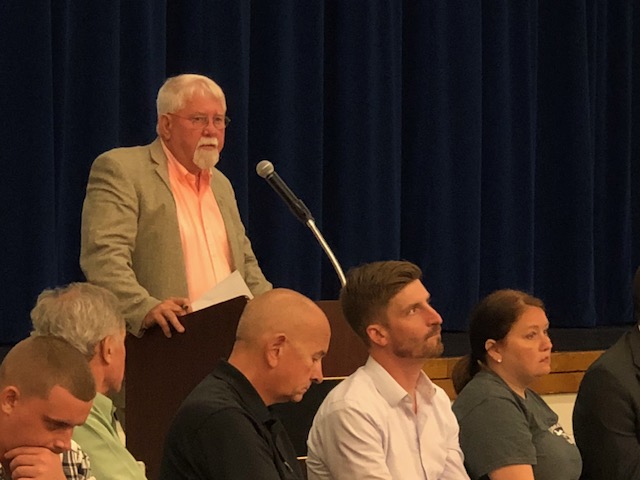 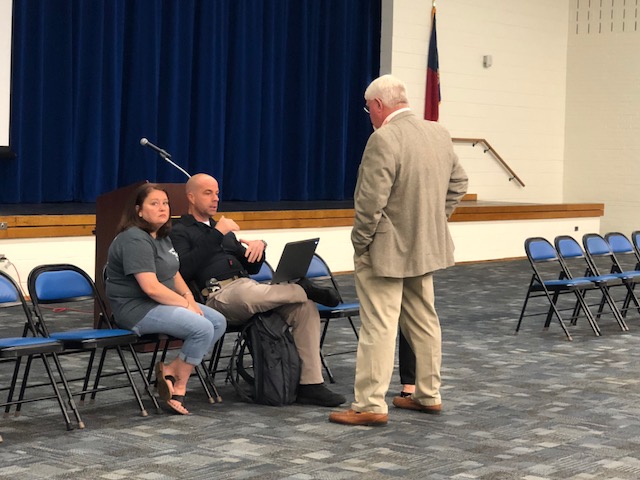 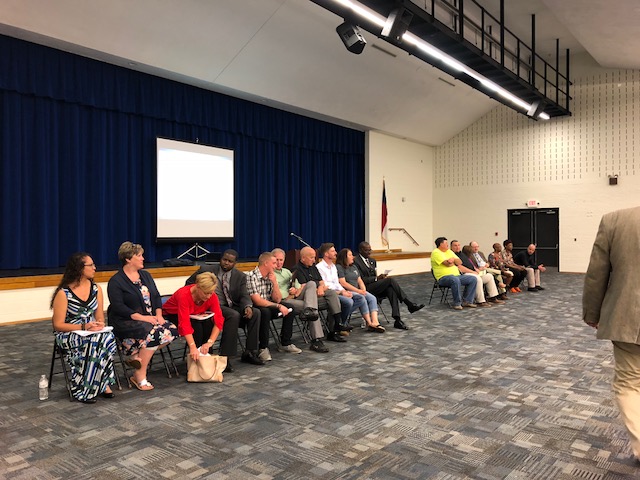 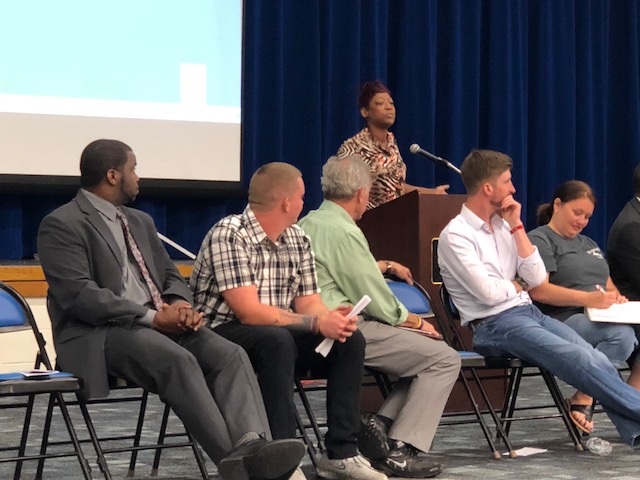 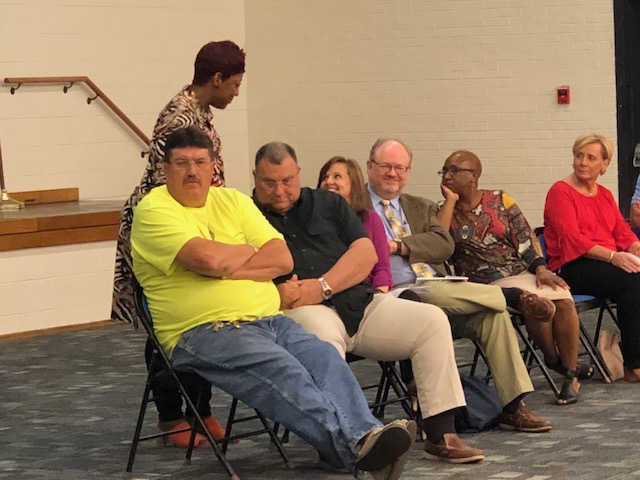 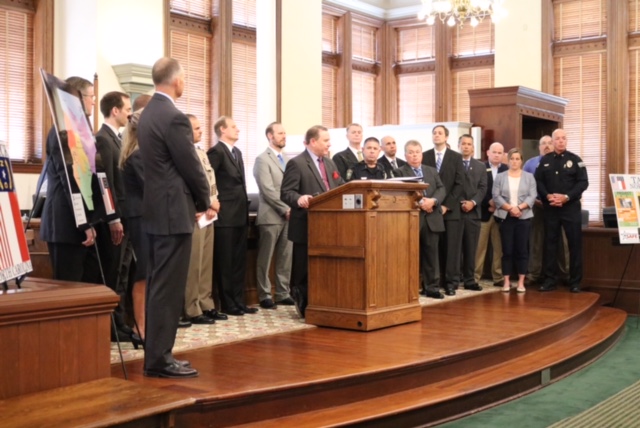 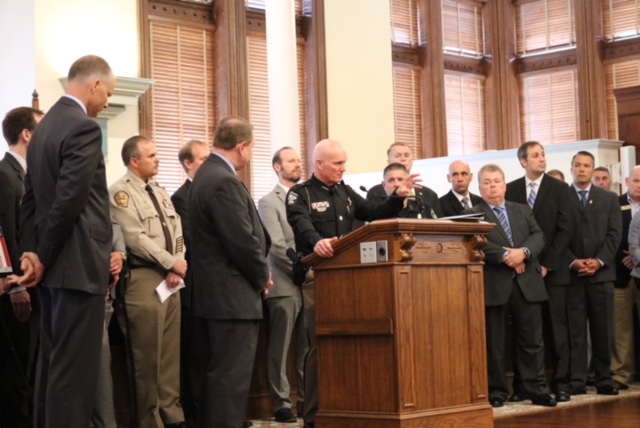 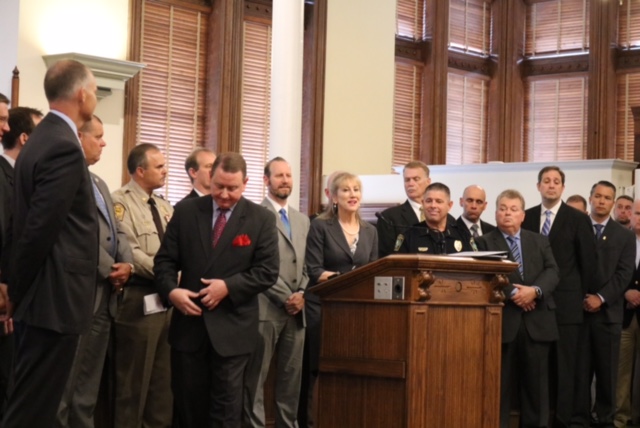 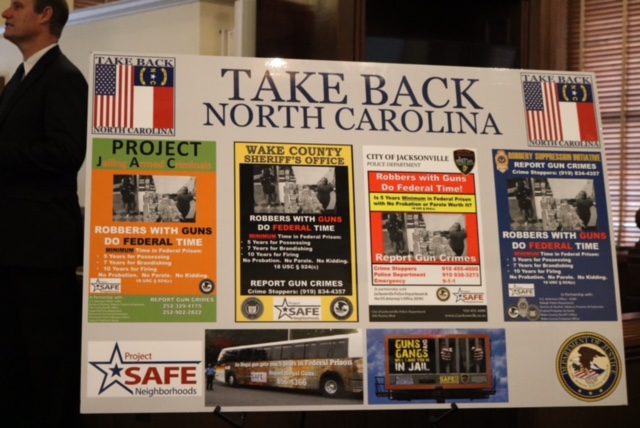 On Monday, the Take Back NC Initiative unveiled a get tough plan for drug dealers. The plan calls for stiffer penalties for those caught dealing drugs and for those dealers whose products cause the death of a user to be charged with second degree murder. That theme was continued as the Bladen County Opioid Task Force met on Thursday evening to discuss the opioid epidemic on the local level.

On Thursday, a panel of 20 individuals offered all manner of information from statistics to personal stories to upcoming events.

Bladen County Schools Superintendent Dr. Robert Taylor said when he first began his duties with Bladen County Schools, he heard stories about students using pills in the restrooms at the high schools. Dr. Taylor spoke about the many programs from the GREAT program to the Whole School, Whole Community, Whole Child (WSCC) pilot program. He said as part of the pilot program, the school system gets to receive data specific just to Bladen County by taking part in the Youth Risk Survey which revealed some very troubling data including students admitting to marijuana use and sexual activity. Dr. Taylor added there are protocols in place for students who need to take prescription medications during school hours.

“We also have a protocol for any student who brings medication to school. They (students) cannot self prescribe medication unless it is an aspirin but even that has to be registered,” said Dr. Taylor. “We also recognize there are so many things you have to do beyond those protocols.”

Dr. Taylor brought some sobering news about the schools when he told those gathered for the forum that there was an incident that ocurred this week at one of the county’s elementary schools. He said there were 32 fourth grade students in the classroom and one young man in the class had brought a drink called “Lean” or “Dirty Sprite” to school. The drink consists of cough syrup mixed with Sprite.

“He brought this to school and the kids were supposed to take it,” said Dr. Taylor.

He said there was supposed to be a party to celebrate the end of the year and 23 of the students decided they were going to bring things. Dr. Taylor said administrators discovered the situation and called the parents and talked with them. Dr. Taylor said the student with the “Lean” moved to Bladen County from another school district.

“I, as a Superintendent, went out to the school yesterday and I talked to every one of those 32 students about the decision that they made and how these kinds of decisions affect the future decisions they make,” said Dr. Taylor.

Dr. Taylor did not say what, if any, disciplinary action was taken against the student who brought the drink to school. He also did not identify the school where the incident ocurred.

Eastpointe MCO’s Cheryl Harris opened the panel presentation with statistical data from the North Carolina Injury and Violence Prevention Branch of the NC Department of Health and Human Services.

Richard Allen, with the Bladen County Sheriff’s Office, spoke about the Community Outreach program. He said he and Andrea Locklear, who is with the Lock your Meds program, are going out to churches in the county and speaking to congregations and community members regarding prescription medications and how to safely secure all of their prescription medications. To request a visit from Allen, you can call the Bladen County Sheriff’s Office at 910-862-6960.

Doyle Owen shared his story about losing his son Brandon Owen to an overdose. He recounted the day he received the telephone call from the Horry County, South Carolina Coroner’s Office notifying him Brandon had been found deceased in a hotel there.

Amy Munn, with Celebrate Recovery, shared her own personal story of battling addiction. She shared how she and her husband would use together and how both of them worked to regain their sobriety and remain sober. Part of that journey to sobriety included a one year stay at Albemarle Teen Challenge for Amy. Teen Challenge has completed a purchase of a property on Lula Long Road in Ammon. Munn estimated Teen Challenge will be fully operational in Bladen County later this summer.

Other topics which were discussed included the need to address sex trafficking and addressing those who help to enable individuals who are struggling with addiction.

Please see video by Charlotte Smith from Monday’s Take Back NC Initiative below of more on how NC is getting tougher on drug dealers.