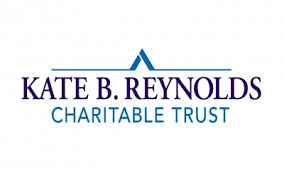 Veteran Whiteville newspaper publisher Les High has started a nonprofit journalism center that will cover stories in southeastern North Carolina backed by a three-year, $495,000 grant from the Winston-Salem-based Kate B. Reynolds Charitable Trust.

The Border Belt Reporting Center will hire full-and part-time journalists to write in-depth stories about education, health, and other key public policy issues affecting Bladen, Columbus, Robeson, and Scotland counties. The stories will be published online at the Border Belt Independent and sometimes in collaboration with five newspapers in the region, High says.

“Reporters at small newspapers typically don’t have time to pursue investigative stories. We’ll help provide that capacity,” High said in a release. “We’ll provide context and analysis of these issues and highlight the influencers who seek to bring about change.”

High will remain, publisher of The News Reporter in Whiteville and its nrcolumbus.com website while serving as the center’s interim editor. His goal is to create a model to support reliable journalism in rural areas.

“It’s no secret that media across all platforms has been disrupted, and local newspapers are no exception,” High said. “It’s critical that communities have access to trusted, fact-checked journalism.

The Reynolds Trust is “excited to support the work of the Border Belt Reporting Center to understand the challenges facing southeastern North Carolina and to tell community-driven stories about opportunities for change,” said Adam Linker, director of programs.

Formed by a Reynolds Tobacco heiress in 1947, the trust had assets of $564 million as of August 2019, according to its last public annual report. According to its website, its mission is to “improve the quality of life and health of residents with low incomes throughout North Carolina.”

High’s family has owned the Whiteville newspaper for three generations. He is a graduate of UNC-Chapel Hill and became editor in 1994, succeeding his father.

David Mildenberg is editor of Business North Carolina. Reach him at dmildenberg@businessnc.com.