The Legend of the Beast

The legend of the Bladenboro Beast is one that is still shrouded mystery today. The story is said to have begun on December 29, 1953, when a woman in Clarkton heard her neighbor’s dog barking and whimpering, so she went out to investigate. What she saw was the start of one of the greatest monster stories this area has ever heard — The Beast of Bladenboro.

It was two days later, in Bladenboro, that the creature would strike terror in the hearts of many people. On New Year’s Eve 1953, a call came in from a nearby farm. Bladenboro Police Chief Roy Forbes went to the farm of Woody Storm. Two of the farmer’s dogs had been found dead and very strangely, drained completely of blood.

After that, more reports started flooding in. One man said he watched as a dog was attacked and then dragged into the woods. Folks were reporting a cat or bear like creature that was attacking dogs and eerie noises coming from the woods and swamps near town. People were afraid and wanted this terror to end. BladenOnline’s own Robert Hester remembers this time in his early teens very well.

“I had a job after school, in the grocery. I had to walk across town to get to work, then home after work,” said Hester. “It was dark and I was scared. My pace was more of a trot than a walk for that time.”

Into the New Year, the attacks on dogs continued. The dead dogs all were reported to have been drained of blood.

On Jan 5, the beast charged a women in her own yard only to be frightened away, into the woods, by her screams.

The town folk were getting jumpy and wanted the beast gone and the town safe again.

A group of professional hunters were called in to help track and kill the beast. Soon, the newspapers picked up the story and Bladenboro was flooded with men that wanted to bag the beast as a trophy.  No one knew what they were hunting, but excitement ran high.

As one might expect, the out of town guests with loaded guns had the authorities a bit nervous, so on January 13th, the Mayor and the Police Chief called a halt to the mass hunt.  In the meantime, a local farmer had trapped a large bobcat and his prize was displayed in town and hailed as The Beast.

Was this bobcat THE BEAST? We will never know, but the story lives on, even today. Bladenboro holds an annual BeastFest every year that draws around 8,000 to 10,000 visitors, according to Don White of Boost the Boro.

The Bladenboro BeastFest will take place today (Friday) with amusement rides from 6 to 10 p.m. The Blackwater Rhythm and Blues Band plays at 7 p.m. tonight. The BeastFest continues on Saturday beginning at 10 a.m. and continuing until 10 p.m. There will be a parade, vendors, amusement rides, a children’s costume contest, and more. The Fantastic Shakers will perform at 7 p.m. on Saturday. 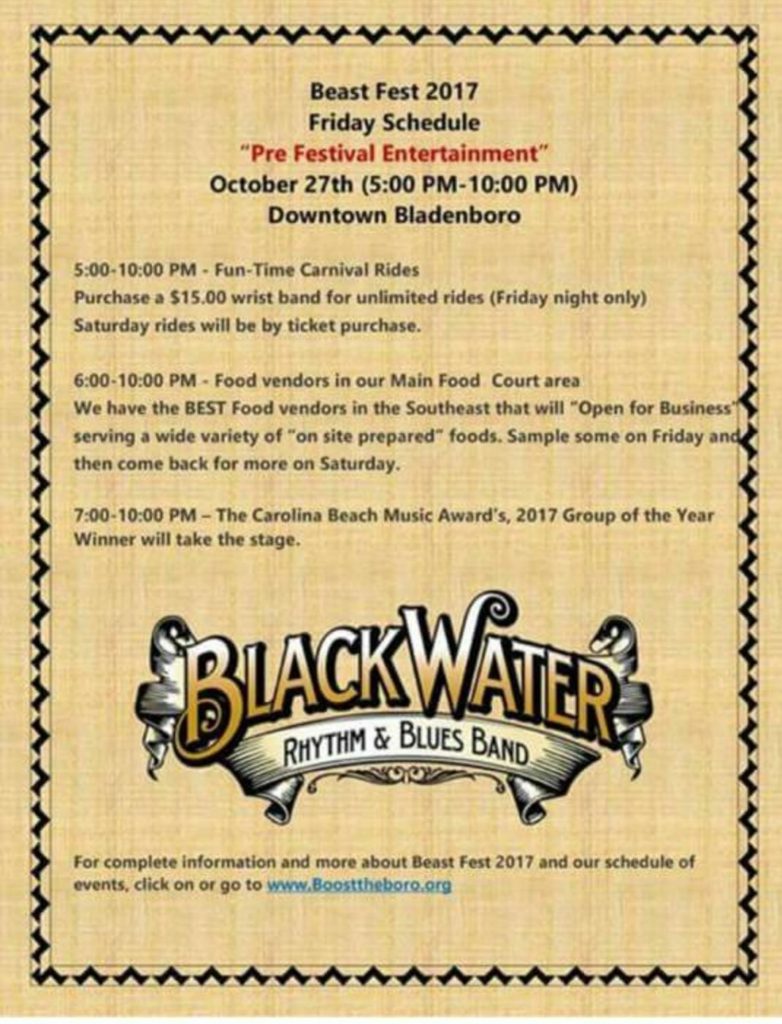 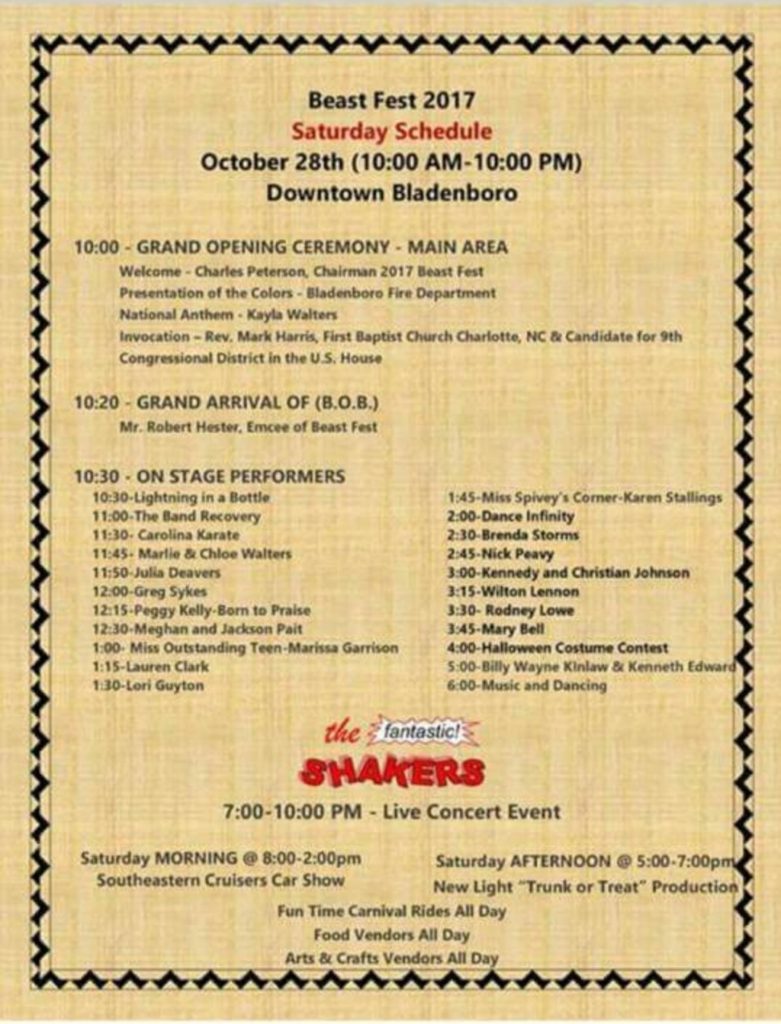