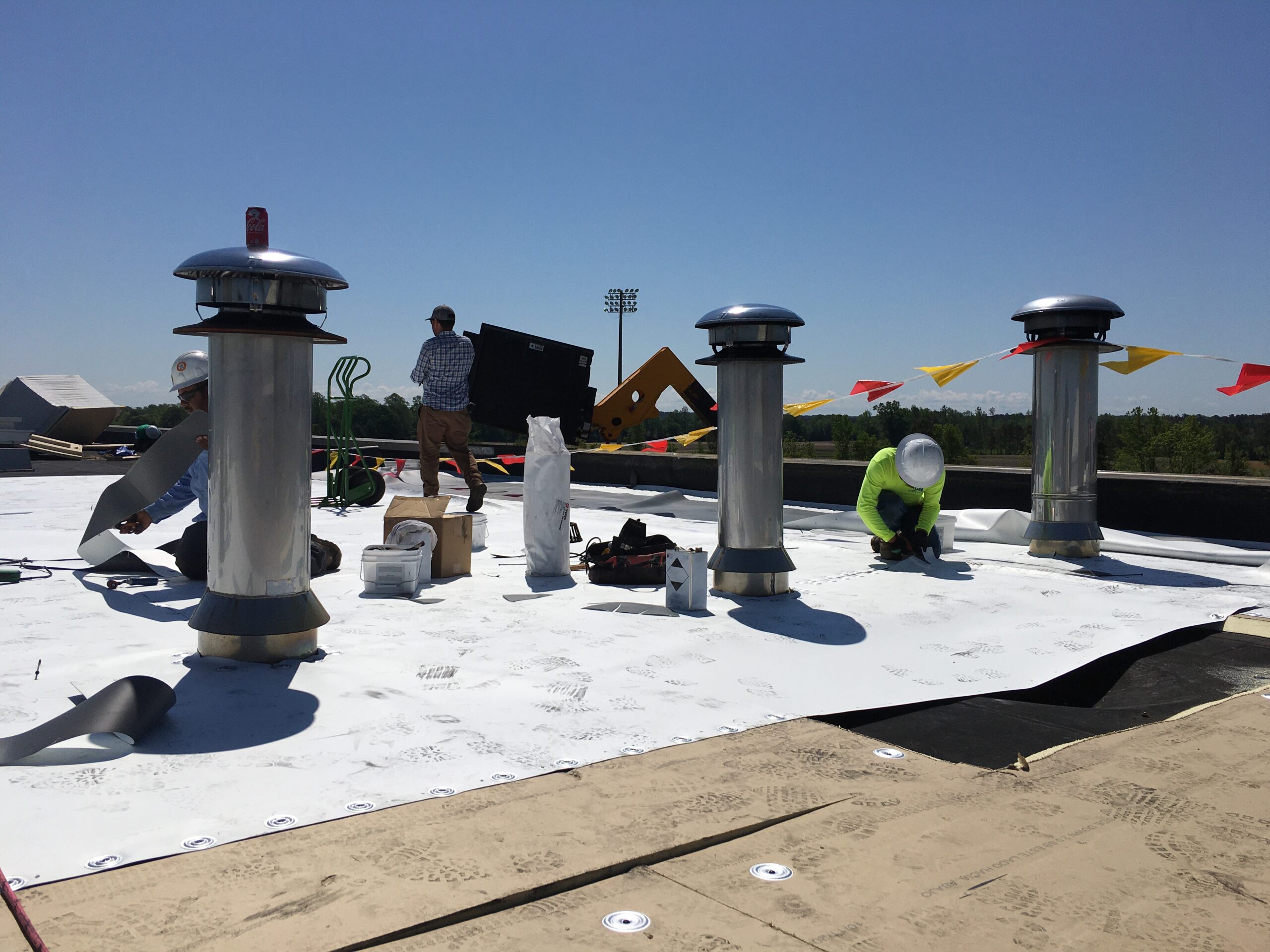 Funding for the roof projects came from the state’s hurricane relief money. Both high schools received significant wind and rain damage during hurricanes Florence and Matthew in 2017. Since then, the roofs have continued to deteriorate.

Both high school roofs are being covered with Thermoplastic Polyolefin (TPO), a stark, bright white material. According to GAF, a TPO roofing manufacturer, “TPO is categorized as a layer of a single-ply membrane composed of synthetic components along with a fabric reinforcing scrim that stabilizes and strengthens the membrane for improved and increased performance. It consists of a smattering of different rubber types that are usually a combination of polypropylene and ethylene-propylene rubber.” TPO can be fastened or attached directly to a roof deck as well as welded through the heat in more difficult spots on a roof, such as areas where protrusions, projections, and chimneys are present. This feature was particularly important in allowing the seams and cutouts along the roofline to be wrapped.

TPO has gained considerable use with commercial roofing systems, particularly in covering flat roofs. It’s doubly sought after for its natural reflective ability to deflect ultraviolet waves while conserving energy and saving on utility costs. Coupled with an added extra 2-inches of insulation, energy, and utility costs at the high schools are expected to decrease.

The work at East Bladen is on track to be completed by the first week of May while the work on the West Bladen roof is scheduled to begin at that time.