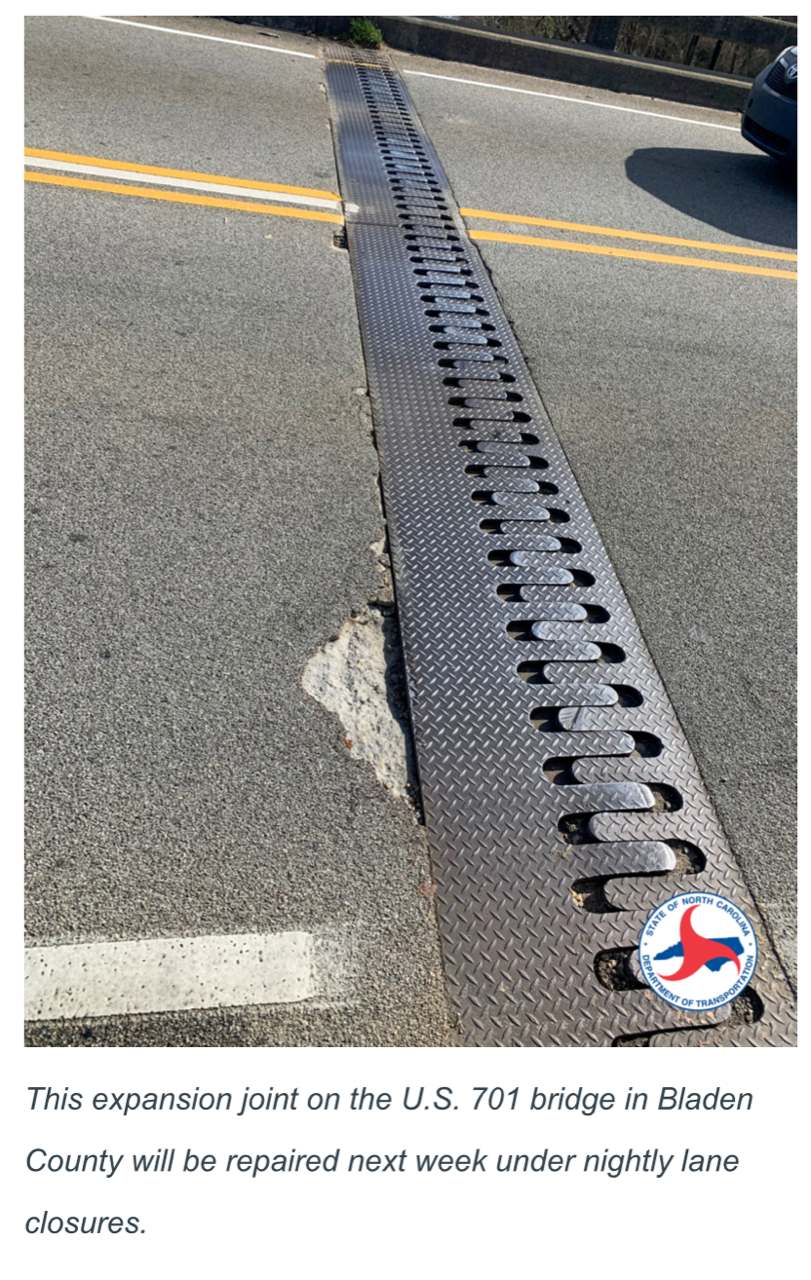 Bridge will operate in a one-lane pattern overnight next week

ELIZABETHTOWN – The U.S. 701 South bridge will operate under a lane closure for two nights next week to safely allow for repairs.

State transportation crews will repair an expansion joint, which is the metal covering over the space that exists between the segments of the driving deck. The joints allow for the normal movement of the concrete deck, which can shift slightly due to temperature changes, traffic going over it and interactions with other bridge structures.

The expansion joint covers both lanes of the bridge. Some of the concrete around the joints also needs to be repaired.

The lane closure is scheduled to start at 7 p.m. Feb. 2 and end at 6 a.m. the following day. The department has scheduled a second night of lane closures during the same time to complete the repairs.
Drivers should expect delays crossing the bridge, slow down and watch for workers on the bridge.

Because the bridge is now operating in a two-way pattern, traffic will take turns crossing the span over the Cape Fear River. An automated “flagger” apparatus using a crossing arm will be set up on either end of the bridge; a person on the bridge will manually operate it. Law enforcement will be at the scene both nights to help alert drivers.

The need for this maintenance was identified after the N.C. Department of Transportation inspected the bridge earlier this month.

An NCDOT contractor has demolished the northbound U.S. 701 bridge and has begun construction of a four-lane bridge that will replace it and the southbound bridge. When two lanes of the new bridge is completed, traffic will permanently shift onto it in 2022; the southbound bridge will then be demolished, allowing for the completion of the four-lane bridge by May 2024.