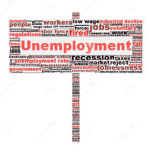 RALEIGH —Unemployment rates (not seasonally adjusted) decreased in 56 of North Carolina’s
counties in December, increased in 20, and remained unchanged in 24. Hyde County had the highest unemployment rate at 10.6 percent, while Buncombe County had the lowest at 3.4
percent. Eleven of the state’s metro areas experienced rate decreases and four remained unchanged. Among the metro areas, Rocky Mount at 6.3 percent had the highest rate and Asheville had the lowest rate at 3.6 percent. The December not seasonally adjusted statewide
rate was 4.4 percent.

When compared to the same month last year, not seasonally adjusted unemployment rates
decreased in 98 counties and remained unchanged in two. All 15 metro areas experienced rate
decreases over the year.

It is important to note that employment estimates are subject to large seasonal patterns;
therefore, it is advisable to focus on over-the-year changes in the not seasonally adjusted
estimates Bladen County came in at 6.0 percent. Other southeastern counties are: Brunswick 6.1,
Columbus 5.6, Pender 4.8, Cumberland 5.5, Robeson 6.4, Sampson 4.6.

The next unemployment update is scheduled for Monday, March 12, 2018 when the state
unemployment rate for January 2018 will be released.