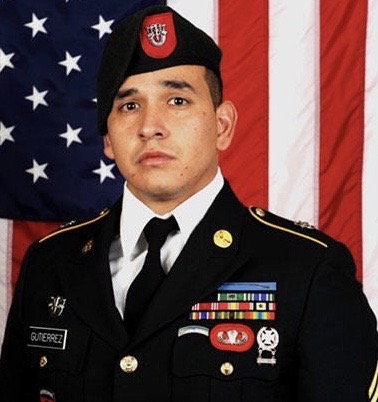 The County of Bladen Manager’s office released an announcement about the United States and North Carolina flags being ordered to half-staff to honor Sgt. 1st Class Javier Jaguar Gutierrez. Flagsexpress.com released the notifications for the flags to be lowered from Monday, February 10, 2020 through sunset on Sunday, February, 16, 2020.

According to the notification Governor Roy Cooper today ordered all United States and North Carolina flags at state facilities to be lowered to half-staff beginning Monday, February 10, 2020 in honor of Sgt. Javier Jaguar Gutierrez, who lost his life during an attack in Afghanistan. Sgt. Gutierrez, who was born in Jacksonville, North Carolina, was stationed at Fort Bragg before his assignment to the 3rd Battalion, 7th Special Forces Group at Eglin Air Force Base in Florida.

In tribute, flags are to remain at half-staff through sunset on Sunday, February 16, 2020.

Statement from Governor Roy Cooper:
“We are grateful for Sgt. Gutierrez’s service, and our prayers are with his loved ones and all who are mourning.”

According to a Department of Defense news release, Sgt. Gutierrez was one of the two Special Forces soldiers killed in Afghanistan on Saturday, February 1, 2020.

Sgt. 1st Class Javier Jaguar Gutierrez, 28, was from, according to officials.

He was killed along with Sgt. 1st Class Antonio Rey Rodriguez, 28, from New Mexico, in a so-called “insider attack” in Afghanistan’s Nangarhar province late Saturday when an Afghan dressed in an Afghan army uniform opened fire, according to military officials.

Sgt. Rodriguez is being honored with the U.S. flag and his home state flag being lowered as well.

**When flown at half-staff or half-mast, the U.S. flag should be hoisted first to the peak for an instant and then lowered to the Half-Staff or Half-Mast position. The flag should again be raised to the peak before it is lowered for the day.