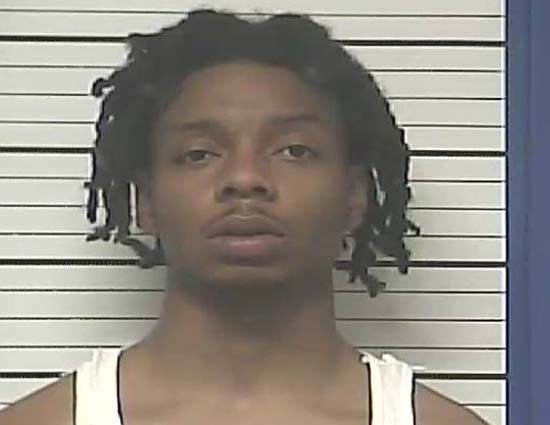 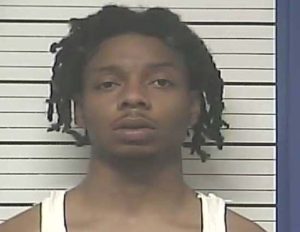 K-9 Jaxx knows how to use his nose. That skill by the Bladen County Sheriff’s Office dog turned a routine traffic stop into the arrest of a St. Pauls man on drug charges.

Deion Dominick Gilchrist, 23, of Edgegrove Circle in St. Pauls, was charged Feb. 10 with possession with intent to manufacture, sell and deliver marijuana, felonious possession of marijuana, maintaining a vehicle for the sale of marijuana, and possession of drug paraphernalia, says Sheriff James A. McVicker.

Sgt. Daniel Clark saw a vehicle fail to stop for a stop sign at the intersection of Chickenfoot Road and Shaw Mill Road, McVicker said. Upon approaching the vehicle, Clark smelled the odor of marijuana and noticed a handgun on the dash of the vehicle. 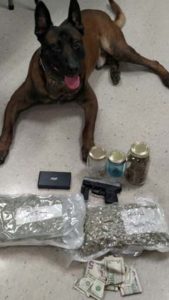 Clark deployed K-9 Jaxx, who discovered two hidden compartments in the vehicle, according to McVicker. Clark searched the vehicle and found 2.3 pounds of marijuana in vacuum sealed bags along with other drug paraphernalia.

Gilchrist was taken to Bladen County Jail under a $10,500 bond. His vehicle also was seized as part of the investigation.

“I can’t say enough about our K-9 Jaxx,” McVicker said. “He is one of the best K-9’s we have ever had and Sgt. Clark is the reason for that. The two work together like the team they are.”