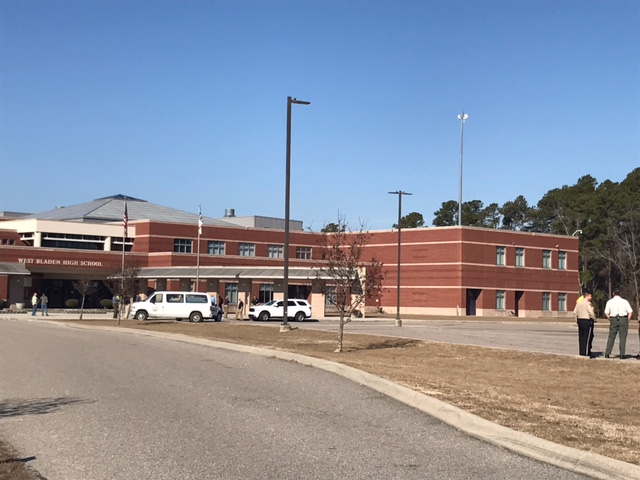 The West Bladen High School student who was charged with bringing a gun onto campus on Wednesday is facing additional charges, according to the Bladen County Sheriff’s Office.

Major Larry Guyton said on Wednesday morning that officers have determined the gun was stolen during a breaking and entering that occurred on Tuesday afternoon on NC Highway 410 in Bladenboro. The student, 16-year-old Gabriel McDowell of Clarkton, is now facing additional charges. They are Felonious Breaking and Entering, Felonious Larceny, Felonious Possession of Stolen Goods, Larceny of a Firearm and Possession of a Stolen Firearm.

“He is not talking and he is not being forthcoming. We do have other students cooperating in the investigation,” said Major Guyton.

There were three occupants in the vehicle in question, according to Major Guyton but McDowell is the only occupant of the vehicle facing charges in the matter.

The break-in occurred at a residence located in the 2700 block of NC 410 near Bladenboro on Tuesday afternoon. Major Guyton said the homeowner reported he found his front door kicked in and two firearms were reported stolen.

“This is one of the two guns reported stolen,” said Major Guyton.

Bladen County District Attorney Quentin McGee said that under current North Carolina law, McDowell is facing charges as an adult. A change to the law, which will allow 16 and 17 year olds to be charged as minors in North Carolina, will not take effect until December 2019, said McGee. He said his office is currently reviewing the case.