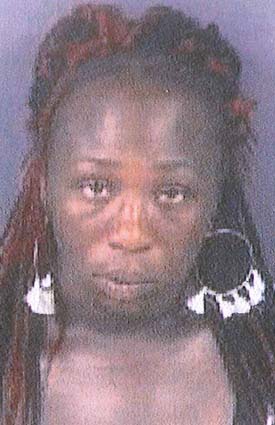 The woman who sparked an Amber Alert when she allegedly kidnapped her infant from a daycare near Bladenboro has been charged in the July 8 beating of a Chadbourn man.

Williams was driving on Joe Brown Highway when his vehicle was allegedly blocked off, according to the Columbus County Sheriff’s Office. He was allegedly dragged into a nearby field and beaten by Askew and an as-yet unidentified man. Williams was paralyzed in the assault, CCSO said, and left in the field for as long as nine hours before a passerby found him.

On July 15, Askew is alleged to have forcibly taken her 4-month-old daughter, Lonnisha Renee Askew,  from the Bladenboro daycare and keeping the girl overnight in Hoke County. Family members convinced her to meet them at the Lumberton bus station the next day, where she was arrested and the child safely retrieved. Askew is prohibited from unchaperoned visits with the girl.

She faces felony kidnapping charges in Bladen county in that case.

When she was arrested, officers discovered that Askew had Williams’ car key and license plate. Fayetteville Police eventually located and returned the automobile to the victim.

Askew is the sister of Chauncy Askew, who faces the death penalty in
the October 2018 shooting of Highway Patrol Trooper Kevin Conner of Bladenboro.

Askew and another woman were arrested on fraud, credit card theft
and property damage charges the day of Askew’s first appearance. The
women allegedly damaged Askew’s mother’s car in the Chadbourn
motel parking lot, where they had been staying using the stolen credit
card.