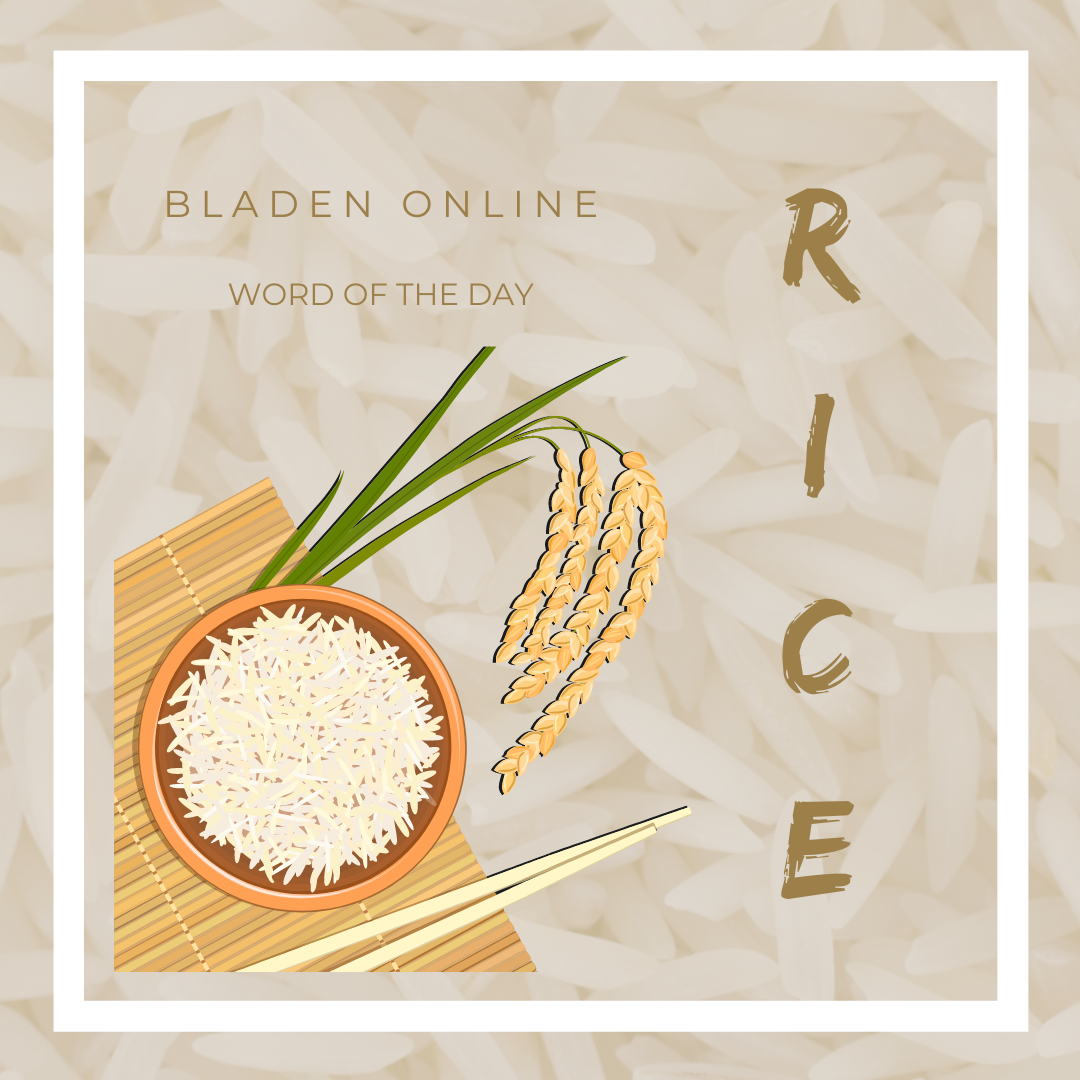 Word of the Day – Rice

In addition to composing the meals of millions of people worldwide, rice is a symbol of cultural identity. Thus, rice is present in some of the most famous dishes and festivals, customs, and even praise from some people.

The origin of rice has been disputed for years. Some people believe that rice comes from India. However, other sources assume that rice was grown around 7000 years ago in Southeast Asia. This idea considers that the crops started in China and, as a result, spread to Thailand, Vietnam, and India.

Besides being a great source of protein, it is the second most-produced cereal in the world. According to FAO, “Rice is cultivated in 113 countries — the staple food for over half the world’s population.” Furthermore, “Rice cultivation is the principal activity and source of income for about 100 million households in Asia and Africa.”

The rice cereal plant is known as Oryza sativa. Rice grains come from the plant as the produce. The long, rough leaves characterize the Oryza. In addition, this plant is distinguished by reaching up to one meter in height. The grass family is the rice family. This family of cereals is cultivated for the popularization of its edible seeds. Some of the other grains include corn, wheat, soybeans, millet, oats, barley, and quinoa.

Various culinary cultures consider rice as a staple in people’s diets. Asian and Latin cuisine are some of the cultures that make the most of this cereal.

Rice is a complex carbohydrate with protein content. This cereal does not contain fat or sodium. According to the Food and Agriculture Organization of the United Nations, “Rice provides 27 percent of dietary energy supply and 20 percent of dietary protein intake in the developing world.”

People can identify rice by its appearance, aroma, and taste. Rice is a fine-grained cereal and has a subtle fragrance. People can prepare rice as a staple food in boiling water. The properties of this cereal change to the point of having a soft to puffy texture.

There are about ten thousand varieties of rice in the world. One of the most common varieties is white rice.