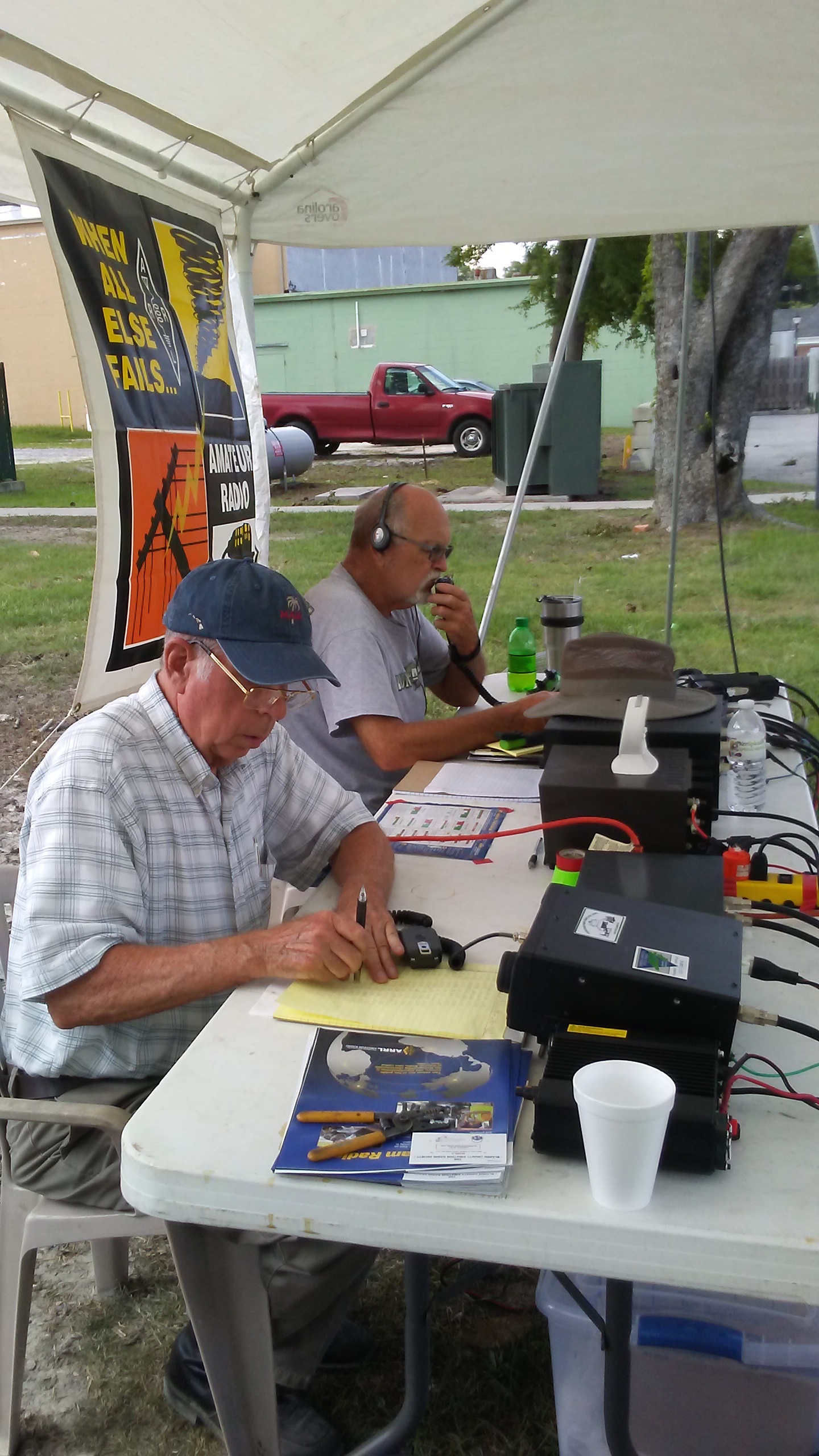 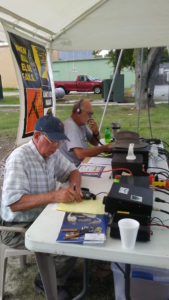 Amateur radio enthusiasts from Bladen County came together this past weekend to demonstrate their technical expertise, and the emergency response capabilities of amateur, or ‘Ham’, radio.  Members of the Bladen County Amateur Radio Society, known as W4BLA, set up a make-shift operations site in the field adjacent to the Farmer’s Market in downtown Elizabethtown, and, for a 24-hour period known as ‘Field Day’, they operated an around-the-clock effort to contact as many radio amateurs around the world as possible.  Their efforts were astonishingly successful! At an almost frenetic pace, club members logged hundreds of contacts thru-out the day, and across the night, ranging from northern Canada, all the way into the Caribbean, as well as across the United States, and even managed to reach several European countries!

Club president, James T. Bryan of Dublin, noted that Field Day is the single biggest event of the year for amateur radio enthusiasts. It is an annual international event that enables members to demonstrate that they can set up and operate their equipment in rough, and sometimes remote sites. Club members coordinate their own equipment, including radio transmitters, receivers, antennas, and other necessary electronics equipment, and establish a mobile site that can be set up within hours anywhere. Bryan notes that, even in the event of a natural disaster that causes communications breakdowns, amateur radio enthusiasts can still operate—sometimes even powering their radios by using car batteries.

Club member Renn Thomas observed that, with just a little bit of training and study, anyone can become a licensed amateur radio operator. He said that youngsters are every bit as capable of earning a Ham license as are senior citizens! He said that it is not at all unusual for amateur operators to also be scientists, musicians, politicians, housewives, everyday business people—anyone, in fact, who is interested in mobile communications, and has the desire to become part of a global community of amateur radio operators. Thomas notes that amateur radio embraces a wide range of technologies in communications, such as single-sideband, Morse code, satellite relays, and various digital modes. The choice, Thomas said, is entirely up to the operator, their skill level, and the category of their license. Thomas, along with fellow operators Jim McCallum, Ricky Martin, and Bob Edwards, asserted that this year’s Field Day was a tremendous success, and that they are already planning for next year’s event.

For more information about the club, contact them at bladenamateurs.webs.com.