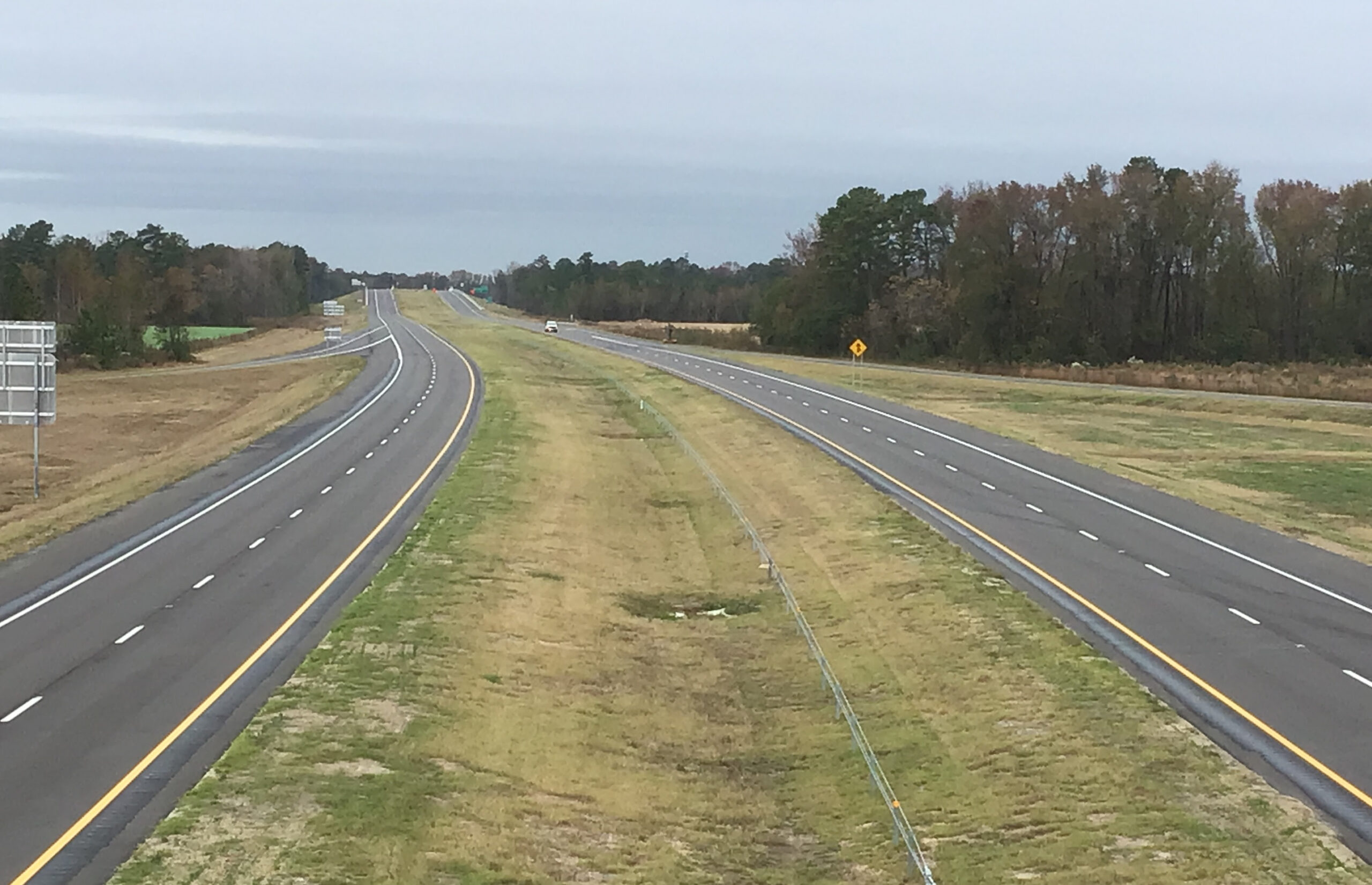 Shown is a new segment of the Fayetteville Outer loop that opened to traffic Monday morning between Parkton and Black Bridge roads.

Shown is a new segment of the Fayetteville Outer loop that opened to traffic Monday morning between Parkton and Black Bridge roads.

HOPE MILLS – A two-mile section of the Fayetteville Outer Loop, also known as Interstate 295, opened to traffic today between Parkton and Hope Mills.

The new section runs between Exit 2 (Parkton Road) and Exit 4 (Black Bridge Road south of Hope Mills.
Exit 4 is in Cumberland County, and its construction included a realignment of Old Plank Road. Exit 2 is at the Cumberland-Robeson County border, where Parkton Road becomes Leeper Road.

Both exits feature roundabouts at the on/off ramps to improve traffic flow and safety.

The newly opened segment is part of a larger goal to complete the outer loop in western Fayetteville and widen I-95 from four lanes to eight lanes between mile markers 37-41.

Below are the timelines for completing those inter-connecting improvements. Contractors for the N.C. Department of Transportation are expected to complete:

To learn more about the I-295 project, visit this NCDOT page.