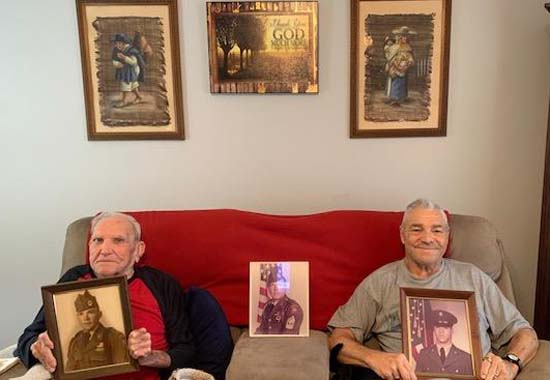 Every day we have the opportunity to meet people, and some of those opportunities can lead to wonderful people that leave a lasting impression. You can tell what is important to a person by spending a few moments discussing the issues of the time or sincerely listening as they share memories of days past.

Sgt. Major John and SPC. Edward Rhoden describe their military service with words and phrases like pride, overjoyed, best feeling ever, great moment in time, tears of joy, and the best days of my life. Upon meeting Sgt. Major John and SPC. Edward you can tell that they share a special bond. After a brief discussion you will learn why. Both proudly served our country in the Army as part of the 82nd Airborne as father and son and were even stationed together for a time. 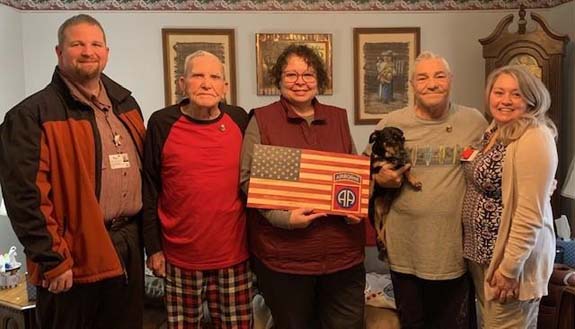 SPC. Edward feels a responsibility to his father despite suffering from a terminal illness. SPC. Edward’s thoughts and actions are focused on his dad, and during the first meeting he stated, “I have to make sure my dad is ok, that he eats enough and that he goes to his appointments.” I could tell instantly there was a special bond between a father and a son that had served together defending this nation. This is a small glimpse into two veterans’ stories that walk among us.

Sgt. Major John Rhoden loved his Army career. Sgt. Major John proudly served as he went through basic training, Jump School, and an almost 30-year career that saw him attain the rank of Sgt. Major. John served in both Korea and Vietnam theaters during the time of war. At 92 Sgt. Major John gives credit to the Army’s physical training for his continued health and spunk. John loved being a paratrooper and jumping out of planes was one of his favorite things about his career. The exit of the aircraft, the wait for the parachute to open, and the feeling of the wind as he descended to the ground, were the sensations he craved while in uniform.

All families have trials and tribulations which mold and shape them into unique individuals. Sgt. Major John Rhoden and SPC. Edward Rhoden served their country with pride and distinction and a grateful nation thanks them for their years of service.

Sgt. Major John Rhoden was married to Shirley Rhoden for 47 years before she passed away in February 1999. They had three sons together. John Gary, or Jon, who served in the Marine Corps for 25 years before joining his mother in heaven. Edward Rhoden, or Eddie, and Phillip. Phillip recently retired from a career in maintenance.

Thank you, Sgt. Major John and SPC. Eddie for sharing your stories and memories with us. 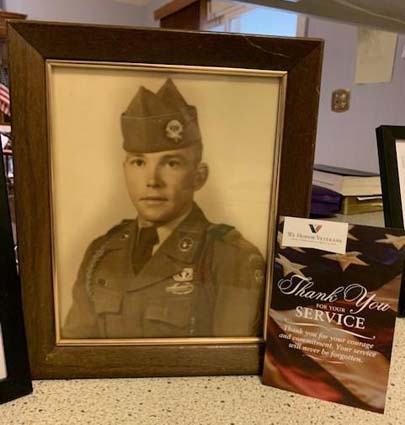 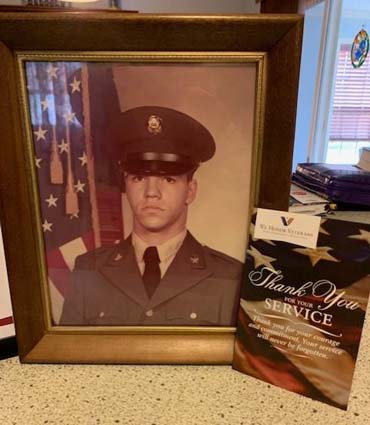 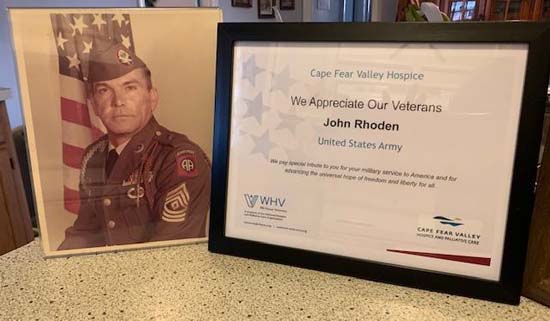 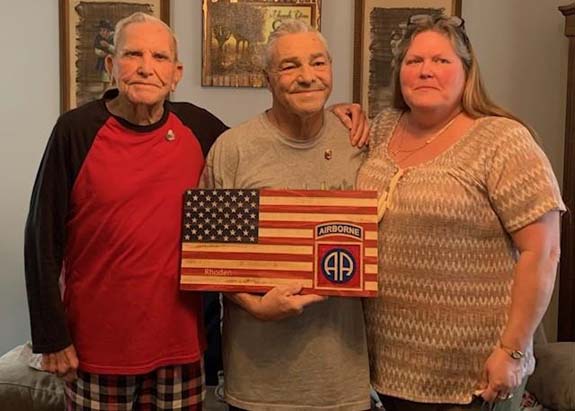 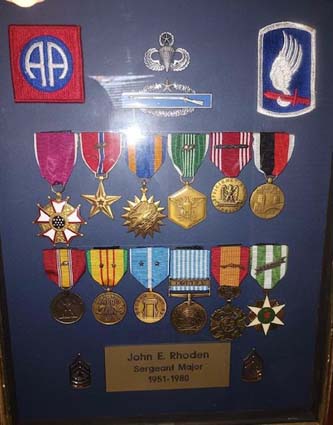