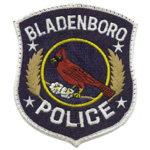 The West Bladen Assisted Living facility was the victim of a break-in on Saturday, Sept. 15th, 2018, according to the Bladenboro Police Department.

Chief Chris Hunt said nothing was reported missing from the facility. He said officers did confront a suspect who was holding a shotgun but was not aggressive towards the officers.

Chief Hunt the suspect was apprehended without incident. He refused to release the name of the individual who was arrested.

The suspect was charged with breaking and entering and taken to the Bladen County Jail, according to Chief Hunt.