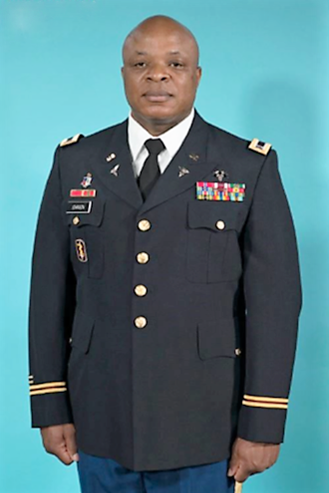 On June 25, 2021, Chief Warrant Officer Five Wendell Johnson, the son of Mr. and Mrs. Malcolm and Mary Johnson, a native of White Oak, North Carolina, will retire from Ft. Bragg, NC. CW5 Johnson has provided 28 illustrious years of service and dedication to the United States Army.

CW5 Johnson is married to Gwendolyn Autry Johnson, a native of Elizabethtown, North Carolina. They have two wonderful children, Bryan and Savanna.

According to Denzil A. Halliday, CW3, MS with the 44th Med BDE, CW5 Johnson entered the Army in June of 1993 after graduating from North Carolina A&T State University in 1991 with a Bachelor of Science degree in Industrial Technology (Electronics).

CW5 Johnson served as a champion and advocate for the Army throughout his exemplary career, specifically the Army Medical Department. He ensured the adequate functionality and availability of critical medical equipment as a technician and maintenance manager throughout his career.

The 44th Med BDE at Fort Bragg, NC, stated in a press release, “With extreme pleasure, we recognize CW5 Johnson and his family for their accomplishments and wish them the very best during the next stage of their lives.”