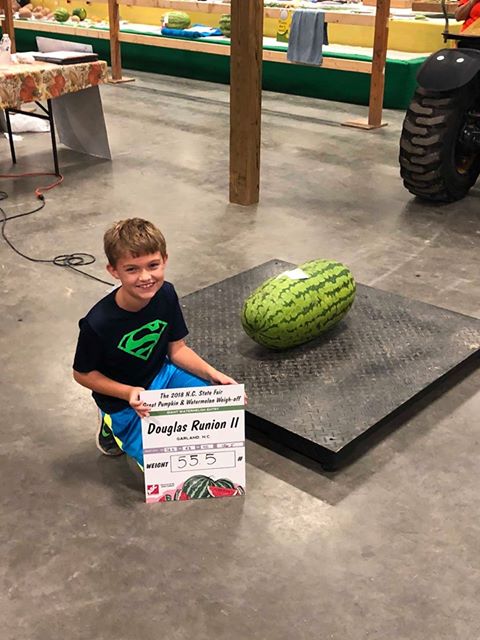 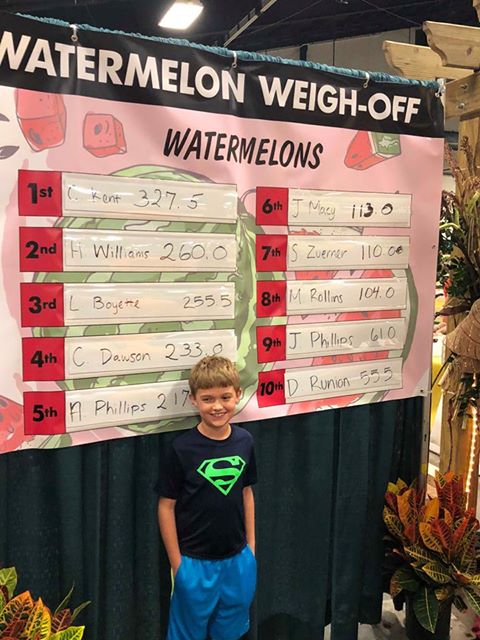 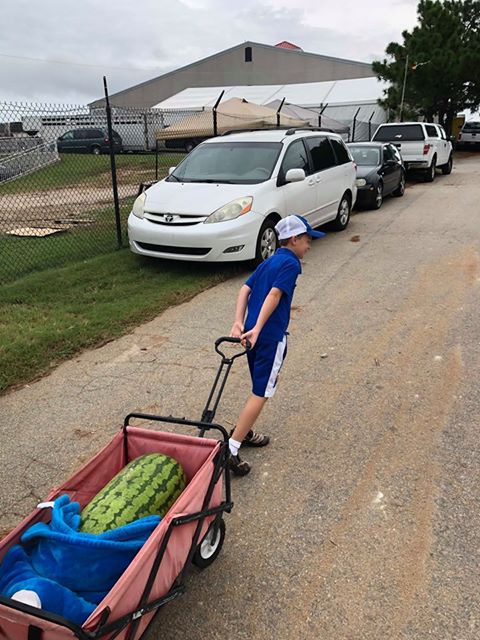 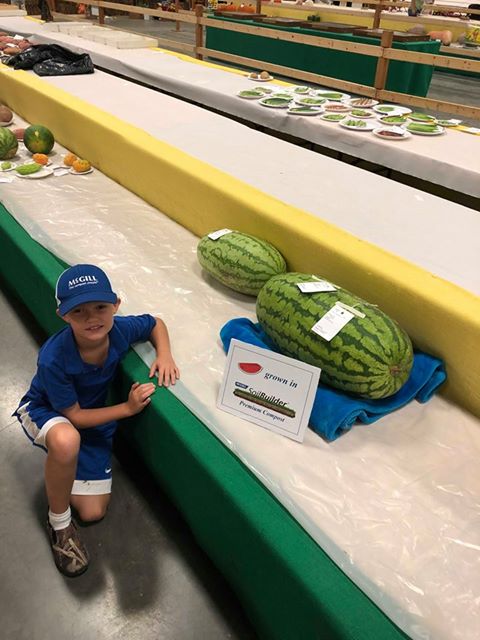 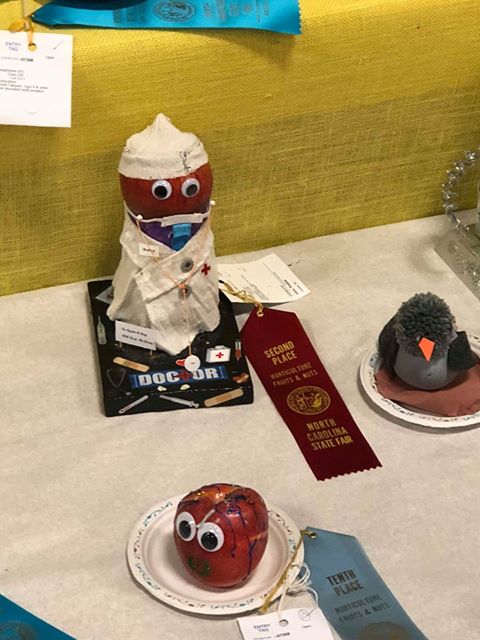 Andrew Runion II, age 9, of Garland, grew watermelons this year for competition at the local fairs. He won the Cumberland County Fair and the Wayne County Fair, and he placed third in the North Carolina State Fair and 10th in GPC competition which includes other states.

Their parents are Andy and Amber Runion of Garland.

“We fought through two hurricanes. We had to store them (the watermelons) in the cooler at the local Piggly Wiggly to keep them from rotting. Where I cut them from in the field had 8 inches of flood water the next day (after they were cut),” said Andy Runion, their father.