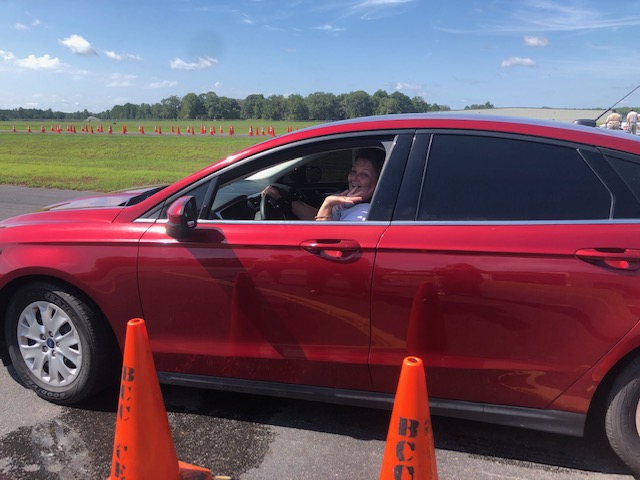 “These members of our office were directed by the sheriff to participate in this important training to increase their overall safety while driving county owned vehicles and their personal vehicles,” Sgt. Turlington said. 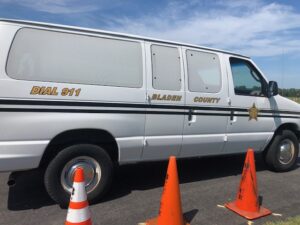 This was an intensive defensive driving course where they participated in the same strict cone courses as uniformed deputies and police, according to Turlington

Logistical support was provided by Bladen Community College. The classroom portion covered many of the causative factors of collisions including important current statistics. The cone courses were completed at the Curtis Brown Jr. Airfield taxiways. 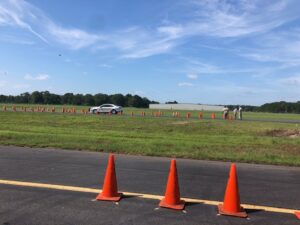 “Many of these individuals had never had any training like this previously. They all performed very well considering never having attended intensive driver training,” Turlington said.

“One course in particular designed by me and Sgt. Barry Pait encompasses all of the turnaround maneuvers utilized by law-enforcement. That course is 615 feet long with a margin of error not greater than 6 inches And contains several hundred cones with a strike penalty of three points each,” Turlington explained.

He continued, “Hopefully, the driver training facility will one day be constructed where all realistic training can take place for the safety and benefit of all of our citizens and first responders.”