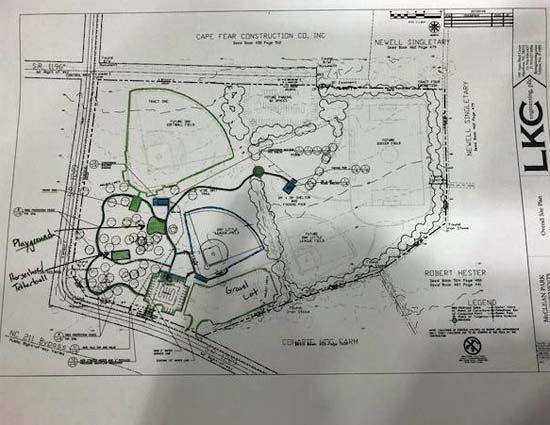 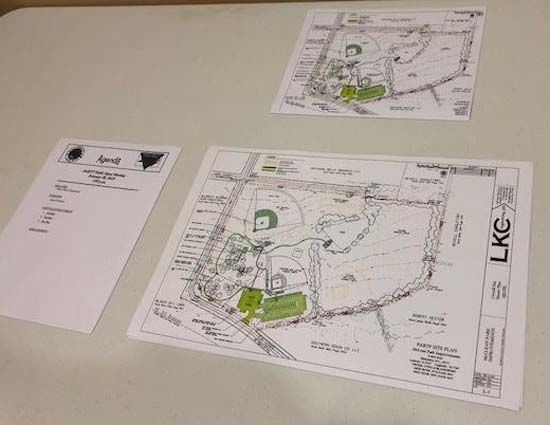 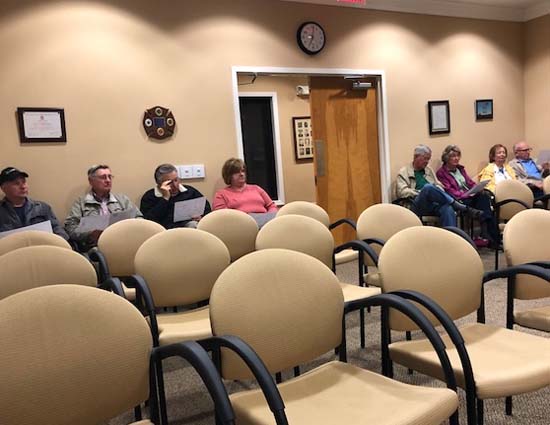 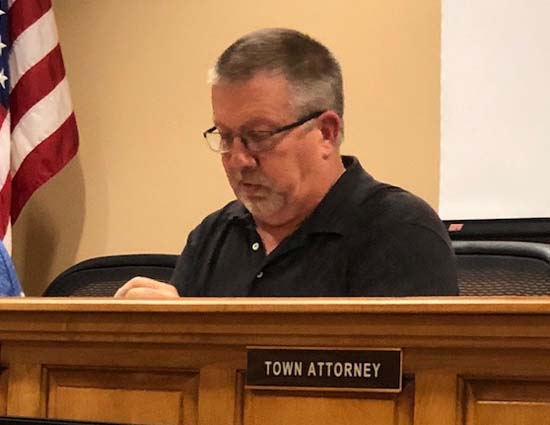 The Bladenboro Town Board held a public hearing on Monday night to receive comments regarding the town’s Parks and Recreation Trust Fund (PARTF) grant application. The board did not take any action.

Mayor Rufus Duckworth said the public hearing is one of the requirements for the grant application. The improvements, if funded, are slated for McLean Park.

A PARTF grant is a 50-50 matching funds grant. If the town’s application is funded, they will have three years during which to complete the proposed work to the park.

Jerry White was the first to speak and asked if someone would explain the proposed project. Mayor Duckworth said the proposal will consist of some paved parking, a walking trail through the trees, a cement sidewalk leading to the fishing piers, a tether ball court, a 300-foot softball field, some new bleachers, more walking areas, a 20-foot x 30-foot picnic shelter on a 30-foot x 40-foot slab, playground equipment, two horseshoe courts, and lights for both the existing ball field and new softball field.

An audience member asked how much land encompasses the park and Town Administrator John O’Daniel said currently that the tract of land is 22 acres.

“Has there ever been a soil sample on this land? Is there one that tells what all of the soil types are?” asked White.

“I know they did an environmental assessment or study, but I don’t know what all that entailed,” said O’Daniel.

White expressed concerns that part of the land encompassing the park does not perk. He also stated the existing ball field at McLean Park is in need of an underground tile. White said a good outlet for the underground to drain to is the proposed area for parking.

“That parking area is in an area where it is lower and the drainage goes that way,” said White.

He added that the area that is proposed for a future 200-foot Little League ball field is also a low area.

Joe Bryant told the board that the infield of the existing ball field at McLean Park is in need of repair. He said the bases are all level. Bryant explained the bases at McLean need to be reconfigured to resemble those at Wateree Park.

It was also asked who drew the proposed plans for the second phase of the McLean Park. Duckworth said LKC Engineering created the drawings.

O’Daniel asked the board to set the top three priorities for the PARTF grant. The board selected lighting for the existing and proposed ball field, build a 200-foot ball field, the walking trails and all of the other items proposed.

The deadline to submit the grant application is May 1.