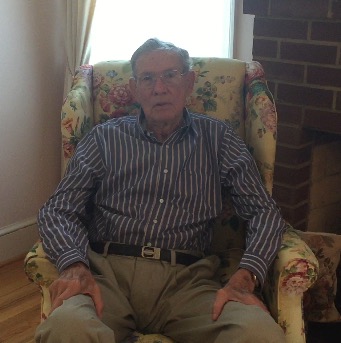 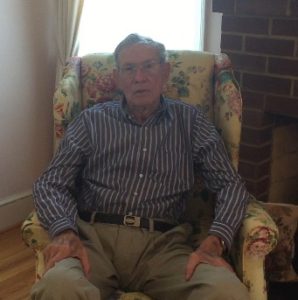 The town of Bladenboro lost an icon recently when Mr. William Butler passed away on Friday, August 25, 2017.  Mr. Butler was known for his love of farming but he is also noted for his strong belief and commitment in service to his community, county and state. One achievement he was most proud of was assisting in the efforts to save the Bladenboro Historical Society Building from being demolished.

Butler recalled that once the school was closed by the county in 1991, people began to discuss what would be done with the facility. When it was learned that the building would be demolished, Butler said people in the town were upset and began a campaign to save the building.

Butler said with the help of Mr. Edd Nye, the General Assembly ratified a bill in 1992 which authorized the Bladen County Board of Education to sell the building and surrounding  property to the Bladenboro Historical Society.

Graham Yarborough is assisting with the preparations for the Centennial Celebration of the building on September 9th, 2017. He said of Mr. Butler, “The Founding Father of the Bladenboro Historical Society Building has gone to be with the Lord.”

Yarborough said the committee members had been hopeful Mr. Butler would be able to attend the Centennial Celebration because he was the reason the building exists today.

“He was a man of great integrity and his character speaks volumes with the way he treated people,” said Yarborough. “He meant an awful lot the community.”

He is survived by his wife of 70 years Louise Pait Butler of the home; his two sons: Donald Butler (Ann) of Clinton, and William Butler Jr. (Debbie) of Charlotte; his three daughters: Susan Carter (Nick) of Bladenboro, Emily Hatcher (Tommy) of Harrells, and Marilyn Inman (John) of Elizabethtown; two sisters Mildred Lewis of Bladenboro and Jennie Sue Bass of Woodlands,TX; niece Syble Cox (Joe) of Norfolk, VA and many other nieces and nephews.