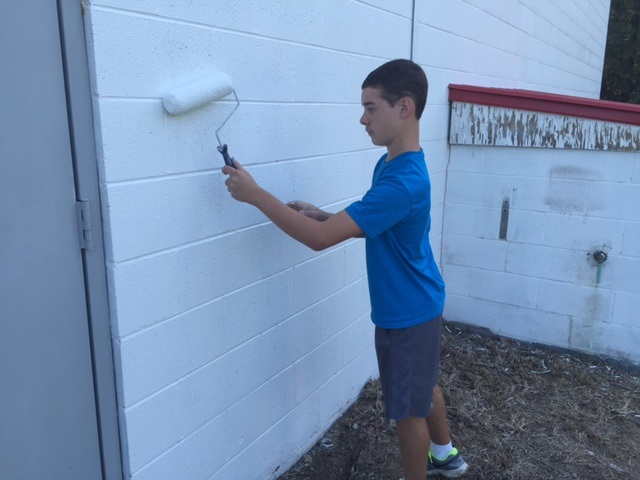 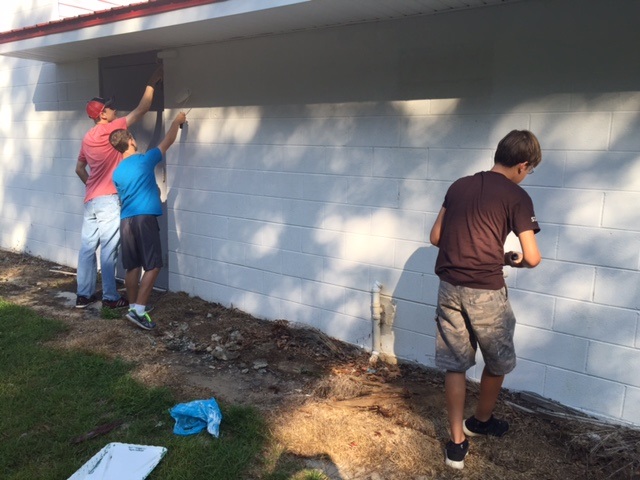 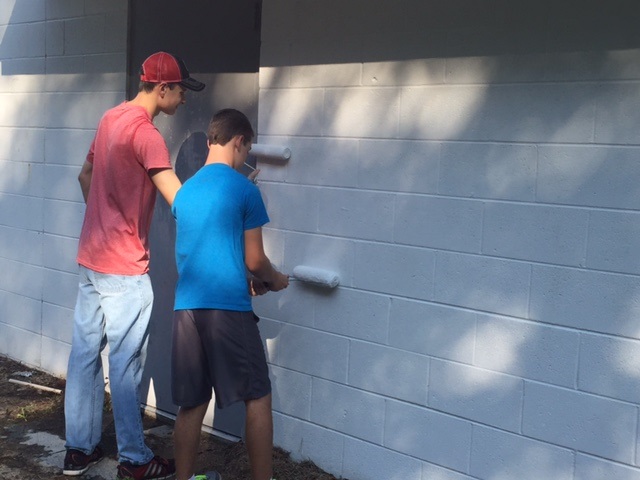 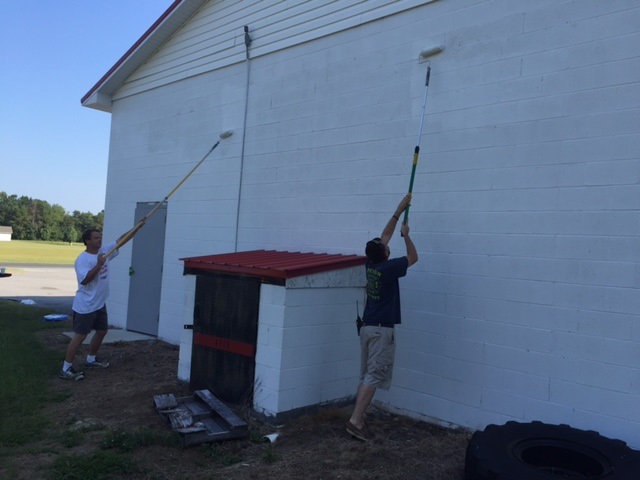 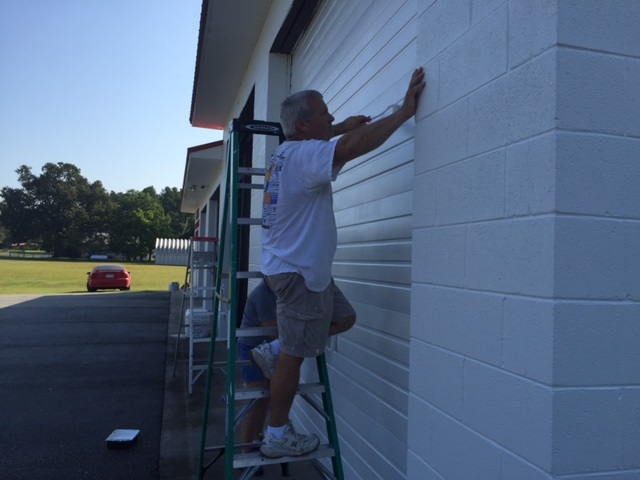 On Saturday, a very special project was under way at the Ammon Fire Department as a group of friends lead by Kaleb Anders were busy sprucing things up. As vehicles rolled by on NC 242, a group of about 8 individuals were taking up positions around the building with paint and paint rollers.

Boy Scouts are often looking for various ways to give back to their community while also earning merit badges. Anders is working towards achieving his Eagle Scout badge and he had the perfect project in mind — pressure washing and painting the Ammon Fire Department building.

Anders worked to raise the money to purchase the paint needed for the project. He did this by placing a donation jar at the Highway 242 Grill. Response has been tremendous. One generous donor drove into the parking lot of the fire station on Saturday morning to give Anders encouragement while also donating towards the project.

Ander said of his project, “It’s to give back to the community.”

Kaleb said, “Everybody in this community has been very good to me.”

He said as a result of his experience both in the community as well as with the fire fighters, he decided he wanted to use his Eagle Scout project to give back.

The response to his project has been so tremendous, that not only did he receive enough funds to purchase everything necessary to paint the fire station, but Kaleb has made it his goal to purchase all of the fire fighters new T-shirts with the fire department’s name emblazoned on them.

Kaleb was assisted with the project by his parents Keith and Deanna Anders, Chris Clark, Hunter Clark, Nicholas Dove, Lt. Johnathon Norris, Capt. Wesley Mehan, Lt. Josh Wilson, and Antonio.  Kaleb is especially thankful to all of those who donated funds to help with the project.

Kaleb also received assistance with the paint from Sherwin Williams in Clinton.