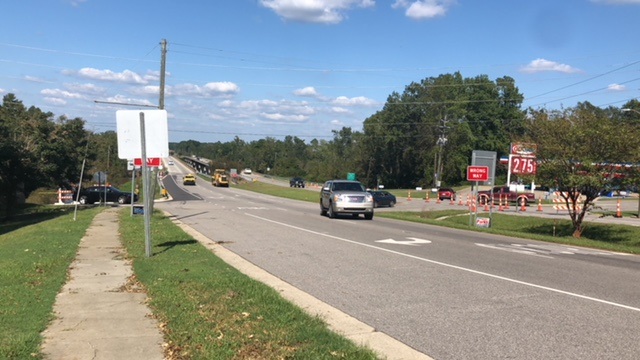 The US Highway 701 bridges over the Cape Fear River in Elizabethtown are now open. The southbound bridge had been closed for months due to debris removal under the bridges.

North Carolina Department of Transportation District Engineer, Kenneth Clark, PE confirmed earlier in May the Highway 701 bridge did receive inspection approval. Contract divers went under the bridge after the debris was removed to assess any damages. 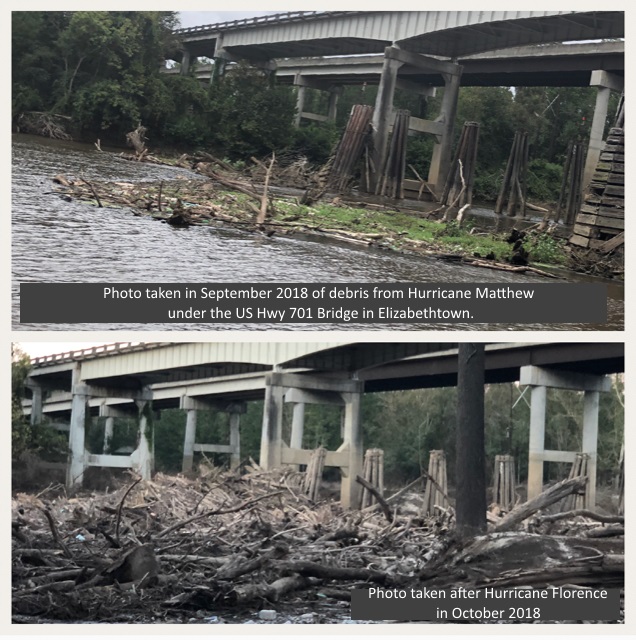 Clark explained divers looked for scour damage. Scour, caused by swiftly moving water, can scoop out scour holes, compromising the integrity of a structure, in this case, the bridge, according to Clark.

“We were very pleased with the report,” Clark said.

The announcement of both the southbound and northbound bridges being reopened for traffic came earlier today from Andrew Barksdale, Public Relations Officer, N.C. Department of Transportation.

However, a closure of a single lane will be in the near future according to Barksdale. A press release last year announced the northbound bridge was built in 1986, and some of the concrete on the driving surface has begun to flake off as the result of age and weather. ACC West Coast of Benicia, California, will remove a portion of the driving surface and replace the pavement with a more durable epoxy-type concrete that produces a smoother ride, according to the NCDOT press release.

Barksdale stated on Thursday, May 16, 2019, the restoration process will begin soon, but an exact date for the project to start is not known at this time.

The N.C. Department of Transportation awarded the $1.35 million contract in May of 2018.

Barksdale said, “Then, Florence hit, and we had to postpone that work.”

“The deck will have a new topping, after we blast off the top inch,” said Terry Church, an assistant resident engineer for NCDOT’s Whiteville office. “We are extending the life of this bridge.”

At times, one of the two lanes on the bridge will be closed to traffic for the restoration. The project competition date will be announced at a later time.

The southbound U.S. 701 bridge was built in 1957, and its deck was restored a few years ago, according to the NCDOT.