Car consumed by fire, but all are safe 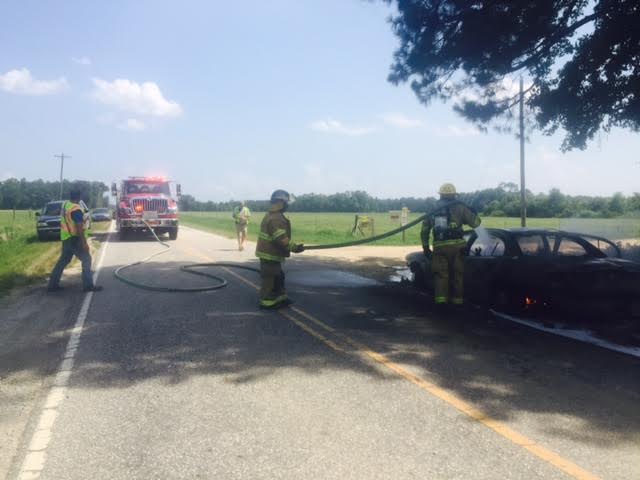 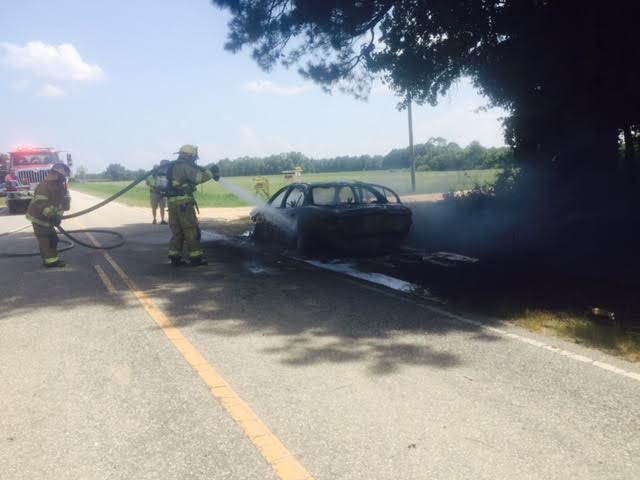 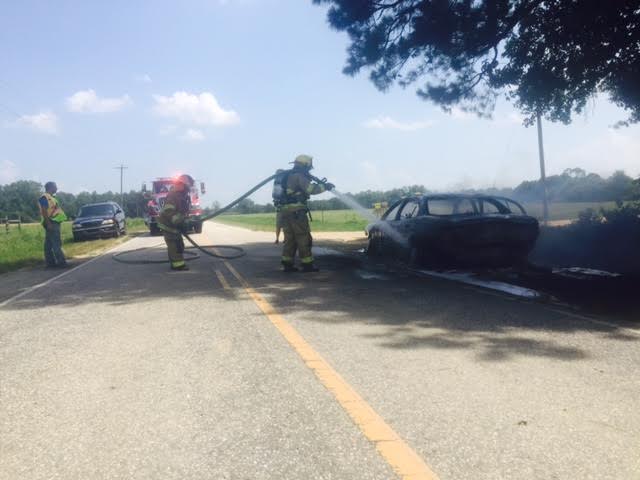 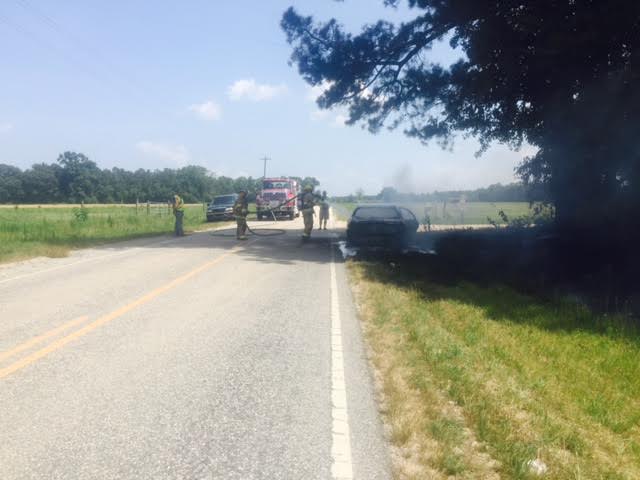 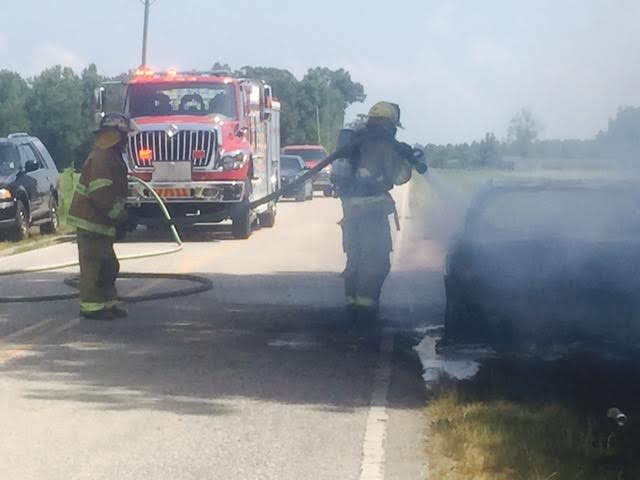 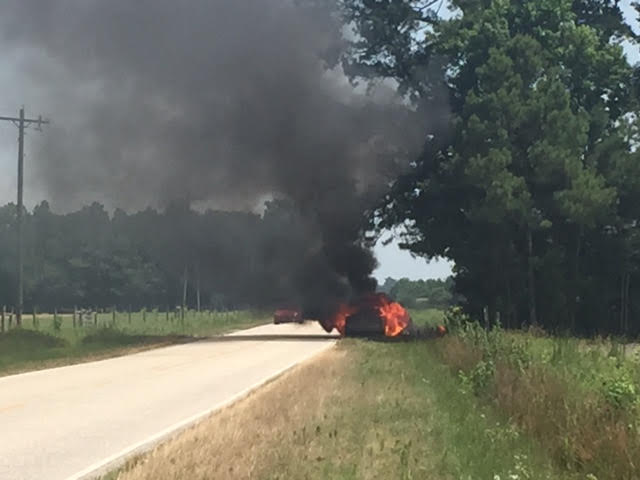 CarFire
By: Charlotte Smith
Two women and two children escaped a 2004 Buick LeSabre before it caught fire. Pam Davis, from Carvers Creek, was the first one on the scene. According to Pam the car was smoking when she pulled up and the four people were standing on the side of the road. She said, “As a matter a fact I missed my turn and saw the people out by the road.”Pam allowed the two ladies and two children that were in the car to sit in her Jeep as they watched the car become engulfed in flames. By the time the fire fighters arrived the car was completely consumed in flames and the near by trees were starting to burn.Fire Fighters from Elizabethtown and Lisbon arrived on the scene and quickly extinguished the fire. Chief Clark interviewed the car owner. When we asked Fire Chief, Kenneth Clark, what caused the fire he said, “The owner said the car was running hot and it started to smell like something was burning, so she and the three people with her got out of the car.”

Chief Clark added, “They lost everything in the car, car seats and all, but like I told the owner, you can replace a car, but you can’t replace a life.”

The by-standers were all in agreement, “God is Good. This could have been much worse.” No matter the temperature outside, when duty calls, fire fighters are always there.