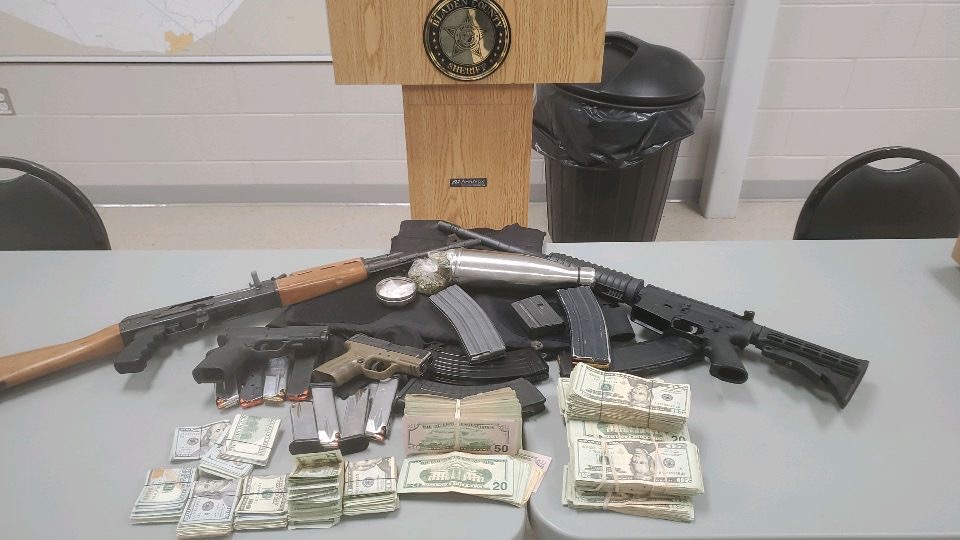 On Sunday night, March 7, the Bladenboro Police Department and multiple local agencies from surrounding counties conducted a Booze It and Lose It checking station. The station was set in the Bladenboro area of Highway 211 and Martin Luther King Drive to target driving while impaired and other violations.

During the operation, 47 citations were issued for various traffic violations.

Arrested during the checking station was, Anthony Wade Garcia, a 45-year-old from Fayetteville. Garcia was arrested by the Bladen County Sheriff’s Office Narcotics Unit and charged with: Possession with Intent to Manufacture, Sell and Deliver Marijuana, Felony Possession of Marijuana, and Maintaining a Vehicle for the Purpose Selling and Delivering Marijuana.

Garcia was placed in the Bladen County Detention Center under a $7,500.00 secured bond.

Seized during the stop were two assault-style weapons, two handguns, a bulletproof vest, $37,120 in U. S. currency, and 45 grams of marijuana. This case will be adopted by the United States Department of Homeland Security Investigations who has task force agents with the Bladen County Sheriff’s Office.

Everyone is presumed to be innocent unless proven guilty in a court of law. The information contained in this publication is not intended to be an expression of opinion regarding guilt.