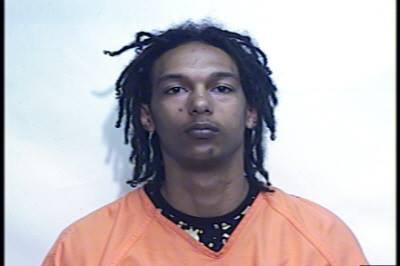 Whiteville, NC – The Columbus County Sheriff’s Office Criminal Investigation Division has completed an investigation into a residential break in that occurred on April 19, 2018, on Smyrna Road. At a few minutes after 10:00 am, Columbus County Sheriff’s Office Deputies were dispatched to a residence on Smyrna Road in reference to an alarm call. The homeowners could see an unknown black male inside of their home via their security cameras.  The suspect fled the home on foot, traveling towards Brown Maultsby Road. Fortunately, no property was stolen during the incident.

The victims posted photos from the video footage on social media, seeking assistance from the public to identify the male suspect and alerting the residents of their neighborhood to be vigilant. The photos were shared many times by Columbus County residents in hopes of identifying the suspect. Columbus County Sheriff’s Office began receiving tips on the suspect’s identity.

The Columbus County Sheriff’s Office Criminal Investigation Division located the suspect and interviewed him concerning the break in. Warrants were obtained for the above offense. A warrant was also obtained for the defendant, a convicted felon, possessing a firearm.  The video footage captured him with the firearm in his hand while he was at the victim’s property.

I would like to thank everyone for their assistance in this case. Your help was pivotal in quickly making an arrest. I would also like to commend the victims for being proactive in protecting their property. The security camera footage was clear and provided precise evidence needed for identification and establishing probable cause.