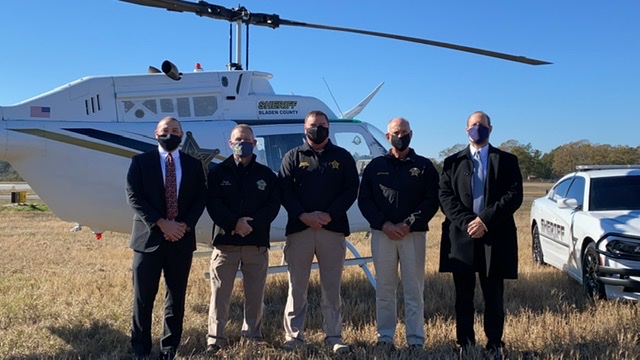 The newly formed task force stood before the media in front of their vehicles and aircrafts to announce the formation of the “Tri-County Community Impact Team Task Force” (C.I.T. Task Force).

“The Tri-County C.I.T. Task Force is a proactive group that will address problem areas based on citizen complaints within each county,” says Sheriff Burnis Wilkins. “Each of the sheriff’s have a similar team in place already but we can do much more and be more effective when we work together.”

Sheriff Wilkins explained every month in Robeson County there are about 60 overdoses and deaths due to drug abuse is on the rise. 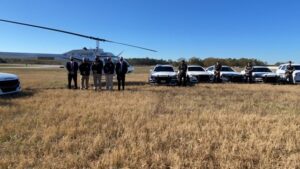 He added, “Utilizing resources from the fro-county agencies will be beneficial in supporting our cause.

District Attorney Jon David and Matt Scott explained the task force will utilize a mutual agreement the group has worked on for the past six months to leverage their resources against the increased drug and gang activists in all three counties. There are around 15 deputies, K-9 units, two helicopters, drones, command posts and more equipping the team in the war against drugs and violent crimes. 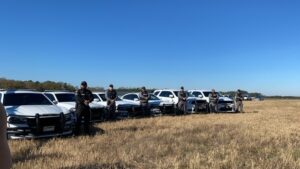 District Attorney Jon David said, “We are doubling down on the people peddling poison for profit.”

“Herion dealers are committing violent crimes, and we are coming for you!” District Attorney Scott said.

Sheriff Jody Greene said, “The blue line just got thicker. The citizens have asked us to clean up our counties and bringing in such a group will be key in making an impact as the name of the team suggests.”

The task force will continue meeting several times a month with goals in place to reduce crime in the region.

View the video of the press conference on our YouTube Channel.