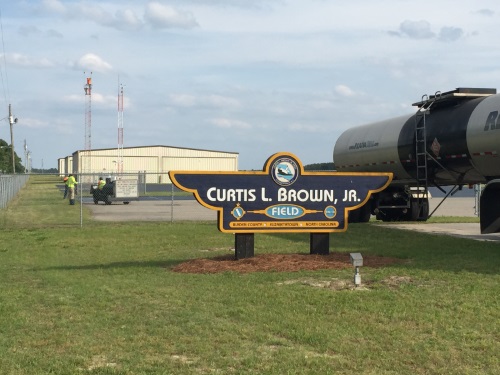 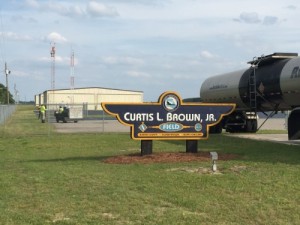 A new NCDOT study indicates the Curtis L. Brown Airport in Elizabethtown has an annual economic impact of more than $4-million in the area and supports at least 30 jobs.
The study by the NC Department of Transportation is the latest report on the effects of airports, statewide, on the state’s economy.
The total dollars created by the airport, according to the report is $4,180,000, and produces direct employment of 10 jobs with another 20 jobs created from spending for a total of 30.
The report also indicated $284,000 were generated in state and local taxes.
North Carolina is served by a robust network of airports.  The report indicated airports are a critical part of North Carolina’s transportation system, linking our state to the global economy and generating economic activity, commerce, and tourism.  Seventy-two publicly owned airports in N.C. are supported annually with funds from the state for infrastructure and development projects.  The report shows how these airports are significant economic engines in our state and contribute:
* $11 billion annual economic impact
* 123,400 airport-related jobs
* $913 million in direct government revenue.
North Carolina aviation serves everyone in our state.  The economic reach of airports extends far beyond pilots and operators by supporting:
* Time-sensitive, high-value cargo and freight transport
* People, both for business and pleasure travel
* Fire fighting and medical emergency
* Search and rescue
* Military
* Agriculture
* Aerospace industry
* Tourism.
Tags: Curtis W. Brown Airport has huge impact on local economy

This Day in History For Feb. 5