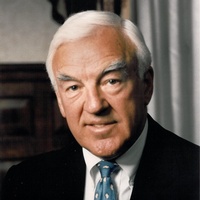 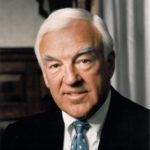 Daniel “Jack” F. McKeithan, Jr. died unexpectedly on September 21, 2018 at his favorite place, his lake cabin in the north woods of Wisconsin, with his sweet, loving and devoted wife, Patti, by his side.

Jack was born on Nov. 8, 1935, in Abbottsburg, N.C. He attended Duke University (Go Blue Devils!) and transferred to the University of Oklahoma where he received a B.S. degree in Geology in 1959. He joined Tamarack Petroleum Company, Inc., Milwaukee, Wisconsin in 1959 and in 1973, became president. He left Tamarack in 1976 to become chairman of the board of the Jos. Schlitz Brewing Co. and held that position until 1982. He rejoined Tamarack in 1981 as president and in May, 2009 became chairman and CEO.

Jack‘s sense of adventure and amazing ability to correctly assess risk started at an early age. At age 10, Jack drove the family farm truck illegally, but safely, and at the proper speed through town. Standing up to be able to see, he amazingly worked the clutch, accelerator and brake successfully. He was stopped by the sole town policeman who immediately informed his father that this business plan was not going to work.

Jack was a true gentleman and statesman of the community. He was a wise and respected businessman with a compassionate and generous heart. He treated everyone with dignity and kindness. Jack knew no strangers. He was a special gift to his family, friends and community.

Jack was a former director of Marcus Corporation, US Bancorp, Wisconsin Gas Company and Sta-Rite Corp. He was a former trustee of The Northwestern Mutual.

In civic affairs, Jack was a director of Junior Achievement of Wisconsin, the Zoological Society of Milwaukee County, Columbia Health Systems/Columbia Foundation, Columbia St. Mary’s Foundation, Inc. (Ascension), the Southeast Wisconsin Professional Baseball Park District, the Metropolitan Milwaukee Association of Commerce (MMAC) and the Greater Milwaukee Committee. Jack was a trustee of the Boys and Girls Clubs of Greater Milwaukee, Marquette University, and a former co-chairman and trustee of The Great Circus Parade, Inc. He was a member of the Cardiovascular Research Center Advisory Board – Medical College of Wisconsin.

In lieu of flowers, donations may be made in honor of Jack to any charitable organization listed above.