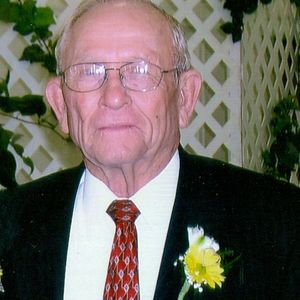 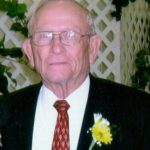 Edgar had many accomplishments in his life. He was a Korean War Veteran who received the Korean Service Medal, United Nations Service Medal, and Combat Infantry Badge. He was a recipient of the Purple Heart, National Defense Service Medal, Army Good Conduct Medal, and the Commendation Medal with Metal Pendant. Edgar was very involved with his community and was referred to by Bladen Journal as a “Builder of Bladen.” He served as Town of Bladenboro Mayor from 1974-1993, he served as a Charter Member of the Bladenboro Lion’s Club and received the Jack Stickley Fellow Award. Edgar was the Chairman of the Bladen County Committee of 100 and the Bladenboro Rotary Club, in which he received the Paul Harris Fellow Award. He received the Order of the Long Leaf Pine Award from the State of North Carolina. Edgar served as a Bladenboro Volunteer Fireman, Bladenboro Medical Center Board Member, and a retired member of the Bladenboro Rescue Squad. He owned and operated J&E Texaco and Recapping in Bladenboro for over 40 years. Edgar was an active member of Lennon’s Crossroads Baptist Church where he served as deacon, trustee, pulpit committee, and the choir member.

The family will receive friends from 10 am – 12 pm on Thursday, November 15th at Lennons Crossroads Church, 13804 Haynes Lennon Highway, Evergreen, NC followed by a Celebration of Life Service at 12 pm with Dr. Fred Senter officiating.