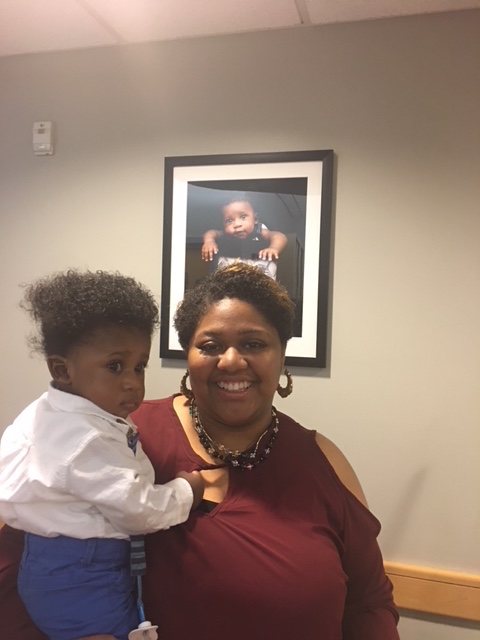 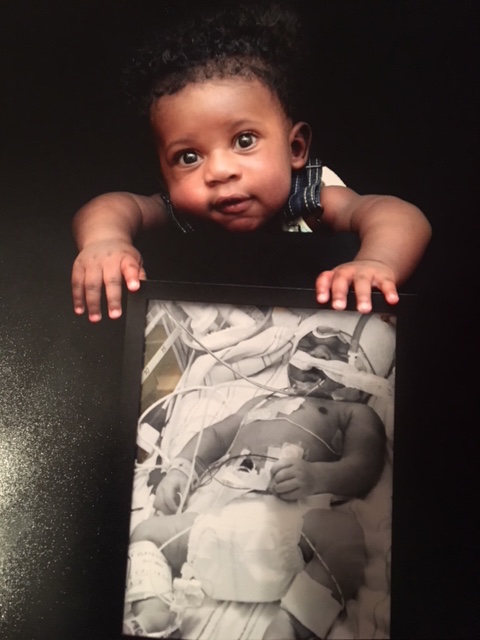 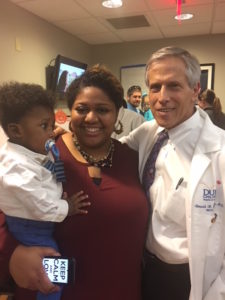 An Elizabethtown boy has beaten the odds and was recently honored with a photo on the wall of Duke Children’s Hospital Neonatal ICU.

Jase High was born on November 19th, 2016, with a condition called Congenital Diaphragmatic Hernia. His mother, DeShana High said the diagnosis means Jase was born with a hole in his diaphragm.

“Initially, before I had him, they didn’t know it was that severe,” said DeShana High.

It was only when Jase was born that doctors and DeShana High learned the exact nature of Jase’s issue. She said being a nurse, as well as a first time mom, she knew his condition was very serious.

Doctors gave Jase only a 30 percent chance at survival. They told Deshana that Jase would need surgery to correct the problem.

“In order to prepare for the surgery, he had to be stable,” said DeShana High.

She said Jase was initially using two ventilators and in order for doctors to consider performing surgery, he could only be utilizing one ventilator. DeShana said Jase was weaned off of one ventilator and the surgery to repair his diaphragm was performed on December 15th, 2016.

“After the surgery, we were waiting for him to recover (in the recovery room),” said DeShana High. She said everyone was excited and anxious and to see Jase wake up.

“They had him sedated and we had to wait for him to open his eyes,” said DeShana High.

She said that as he was waking up, he began to take little breaths on his own. Jase spent a total of 146 days in the hospital. She said she was unable to hold Jase until about one month after his surgery. He came home from the hospital for the first time on April 14th, 2017.

“He is nothing but blessed,” said Deshana High.

She said bringing Jase home was both exciting and “a little scary” at the same time. She said Jase came home with a lot of equipment he will need to help him continue his recovery.

DeShana said when she was asked by the Duke Children’s Hospital about placing a photo of Jase on the wall of the Neonatal ICU, she was honored.

“I was up there so much, they (the medical team) had become my family, also,” said DeShana.

She said when she arrived at Duke Children’s Hospital for the unveiling and saw how they had honored Jase, she said she was very honored.

DeShana said she has not been able to return to work because of Jase needing around the clock care. She said he continues to go to Duke every two weeks for medical appointments and follow up care. DeShana said doctors are now working on various therapy routines and different methods of feeding due to Jase’s diaphragm issue.

DeShana said Jase is nothing short of “a blessing.”  Jase defeated the odds and will soon celebrate his first birthday on November 19th.