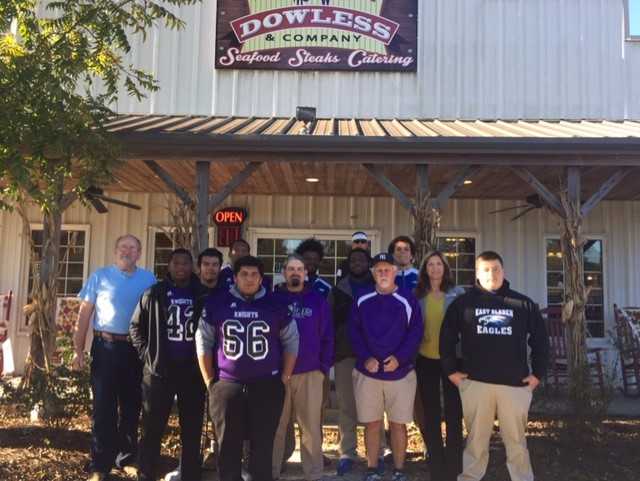 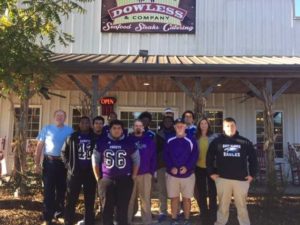 East Bladen High School was declared the winner by one-half of a pancake. The event was held at Dowless Restaurant and Catering in Dublin. Four players from each time participated in the event and they had to eat as many pancakes as they could in five minutes. 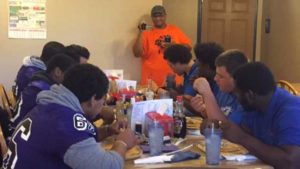 The event had been a tradition between the two schools for several years but came to an end. Tracy Smith, one of the event’s organizers, said the pancake eating contest was a fun time and the students enjoyed it. She said it was decided to try to revive the event.

Smith said, “We hadn’t had one (a pancake eating contest) in a long time and we wanted some good spirited fun.”

Lewis Dowless said Tracy Smith stopped by his restaurant one day and inquired if they would be interested in supporting the event.

The contest was planned and scheduled. Organizers hope this will become an annual event in the community once more.