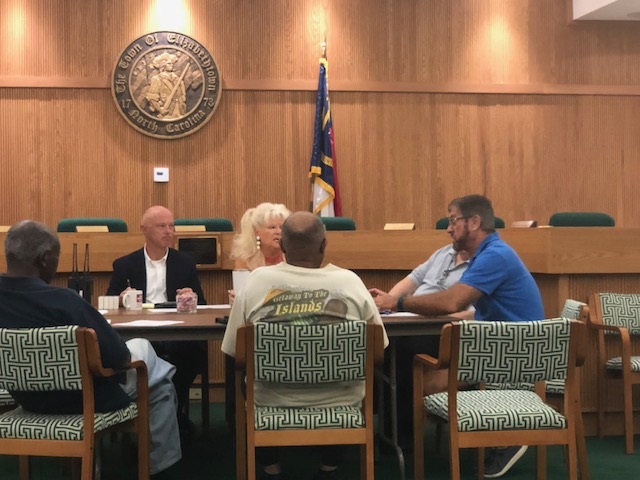 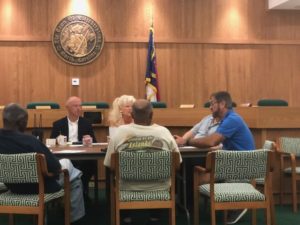 Elizabethtown Town Manager, Eddie Madden, briefed town staff on Thursday morning regarding the latest on Hurricane Florence. The town council voted to implement a curfew during the storm.

Madden said that as of Thursday morning, the storm has turned to the north.

He added that in addition to the wind, Bladen County could see 15 inches, and in some locations, as much as 30 inches of rainfall.

He said, while flooding in low-lying areas is a problem in the county, there are areas in Elizabethtown that are prone to flooding as well, such as Glenwood Drive, Richardson Street, Mercer Mill Road, and Cromartie Road. Madden also said low-lying along US 701 and NC 53 are also prone to flooding.

“We’ve been working very closely with the folks at the EOC (Emergency Operations Center). They have been briefing all of us,” said Madden.

He said power outages will occur and Duke Energy has notified the town to be prepared for as much as two weeks without power.

“The biggest concern right now for us is flooding,” said Madden.

The town is asking residents who reside in low-lying and flood-prone areas to evacuate.

Anyone who needs transportation to the shelters can call BARTS at 910-862-6930. BARTS will suspend service when winds reach 25 MPH.

The board voted to implement a curfew during Hurricane Florence, which will be in effect from 8 PM Thursday, September 13, 2018, until 7 AM daily. The curfew will remain in effect until Elizabethtown Police Chief Tony Parrish lifts the curfew.